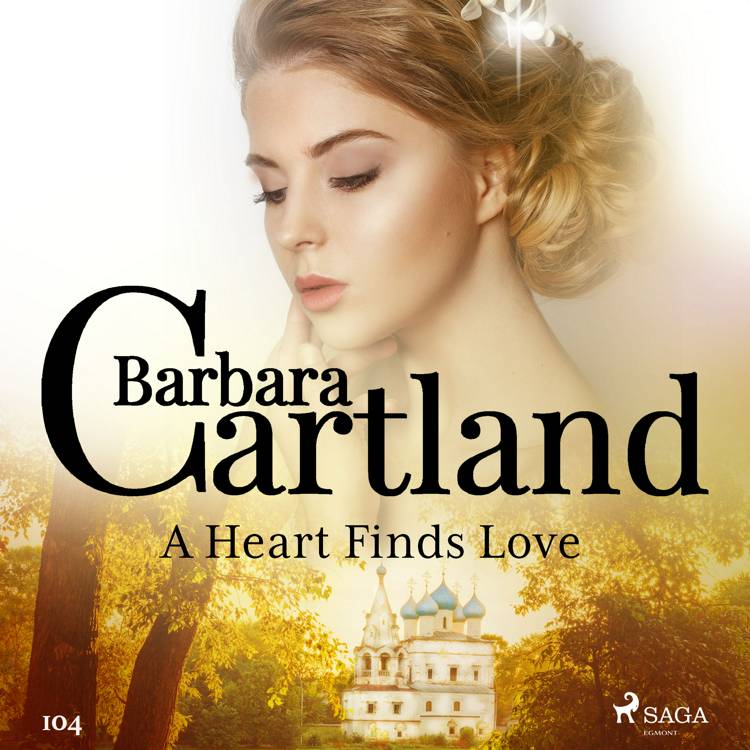 Endnu ingen
anmeldelser
The beautiful Alnina Lester is confronted with a formidable task when her brother, Lord Lester, dies after fighting a duel in Paris. She finds that he has accumulated an enormous number of debts, and to meet his creditors everything in their house, which has been in the Lester family for generations, has to be sold. Even though she has sold a great number of treasures, she is still short of money. Alnina goes round the house to see what else she can find to sell. In her mother’s bedroom she sees her extraordinary and unusual wedding dress, which her father had found in China. Exquisitely embroidered, it was decorated with diamante and many precious stones. She decides she would ask what seems to her a very large sum for it and advertises it in The Times. The advertisement is seen by the Duke of Burlingford, who is planning to visit Prince Vladimir Petrov in Georgia with his friend William Armstrong. They had been there several years earlier and found gold in one of the tall mountains of the Caucasus before the Duke through two unexpected deaths, succeeded to his title. William warns him that Prince Vladimir is determined to marry his daughter to an English Nobleman and it would therefore be dangerous for him to visit Tiflis in case he was forced by some means or other up the aisle with the Princess. How the Duke concocts a plan and answers the advertisement for the wedding dress. How he finds that Alnina can speak Russian fluently. And how he begs her to go out with him to Tiflis and then encounters a different danger but a very menacing one that leads them both eventually to their hearts’ desire is all told in this intriguing adventure by BARBARA CARTLAND. Barbara Cartland was the world’s most prolific novelist who wrote an amazing 723 books in her lifetime, of which no less than 644 were romantic novels with worldwide sales of over 1 billion copies and her books were translated into 36 different languages. As well as romantic novels, she wrote historical biographies, 6 autobiographies, theatrical plays and books of advice on life, love, vitamins and cookery. She wrote her first book at the age of 21 and it was called Jigsaw. It became an immediate bestseller and sold 100,000 copies in hardback in England and all over Europe in translation. Between the ages of 77 and 97 she increased her output and wrote an incredible 400 romances as the demand for her romances was so strong all over the world. She wrote her last book at the age of 97 and it was entitled perhaps prophetically The Way to Heaven. Her books have always been immensely popular in the United States where in 1976 her current books were at numbers 1 & 2 in the B. Dalton bestsellers list, a feat never achieved before or since by any author. Barbara Cartland became a legend in her own lifetime and will be best remembered for her wonderful romantic novels so loved by her millions of readers throughout the world, who have always collected her books to read again and again, especially when they feel miserable or depressed. Her books will always be treasured for their moral message, her pure and innocent heroines, her handsome and dashing heroes, her blissful happy endings and above all for her belief that the power of love is more important than anything else in everyone’s life.
expand_more