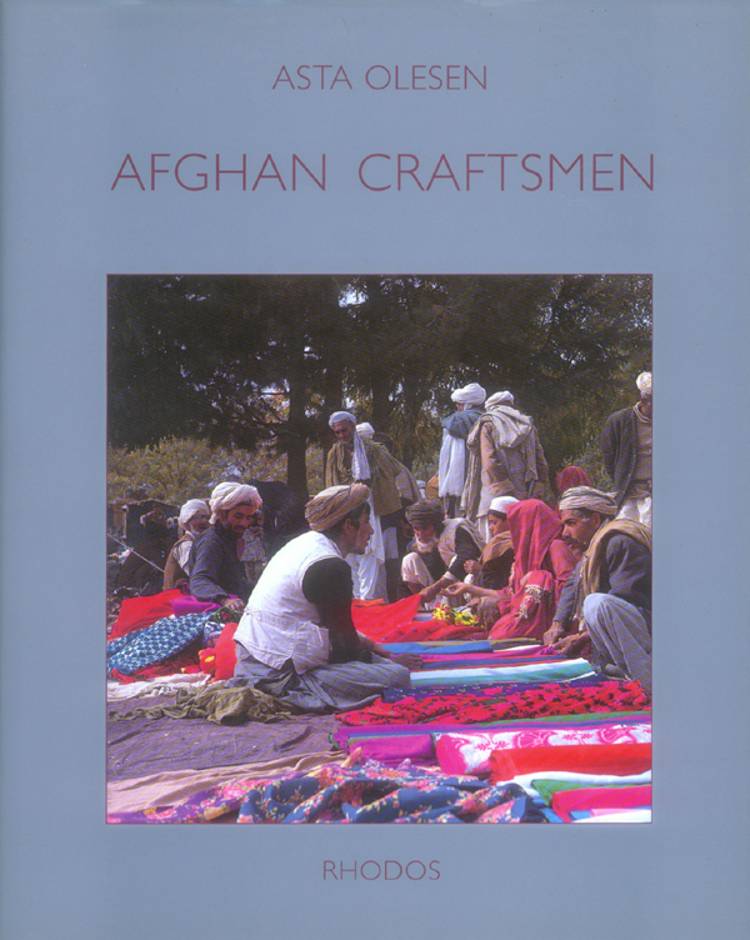 Asta Olesen lived amongst and studied nomadic craftsmen in Afghanistan. Occupational specialization among ethnic groups is a significant but largely neglected aspect of rural life in this country. A myriad of communities of artisans, tradesmen, and entertainers, each forming a largely endegamous descent group, lead an either settled, nomadic or semi-nomadic way of life. In her book Asta Olesen describes the life and work of the migrating Musalli threshers, Shaykh Mohammadi pedlars and Ghorbat sievemakers, their historical backgrounds and relations with settled peasants, merchants, and other town’s people. While the Musallis are of Indian and the Ghorbat presumably of Iranian origin, and both form occupationally specialized descent groups, the Shaykh Mohammadi have emerged as a spiritual community in Afghanistan, which over time has absorbed various unrelated occupational groups. With their flourishing myths and legends, typical of the general West Asian religious folklore, the three communities draw on Sufi inspiration for the organization of their craft guilds, a fact which so far has been little explored in Afghanistan. This book also contains: Appendix: The Kesb Nāma (Professional book of Potters, Blacksmiths, Carpenters, Barbers, Laundrymen and Dyers. An abridged translation from Pashto by the interpreter Mohammad Azim Safi). Musalli Myth, Shaykh Mohammadi Myth and Ghorbat Myths and Legends. Bibliography, Glossary and Index. Published in 1994 in the series The Carlsberg Foundation's Nomad Research Project. Hardcover with dust jacket. 328 pages. 173 illustrations – 100 in colour - and 7 maps (e.g.: Physical map of Afghanistan, Location of Musallis in Laghman, Musalli areas around Kabul, Shaykh Mohammadi’s Fields of Operation, historical dispersion of Ghorbat, seasonal migrations of Qāsem Khēl). See also: Gorm Pedersen: Afghan Nomads in Transition: A Century of Change Among the Zala Khân Khêl, 1994, Birthe Frederiksen: Caravans and Trade in Afghanistan: The Changing Life of the Nomadic Hazarbuz, 1995, and Klaus Ferdinand: Afghan Nomads. Caravans, conflicts and trade in Afghanistan and British India, 2006 – all published in the series The Carlsberg Foundation’s Nomad Research Project.
Asta Olesen is a senior lecturer of anthropology at Copenhagen University. She has done extensive fieldwork in Afghanistan during the years 1975-1979 among itinerant craftsmen.
expand_more