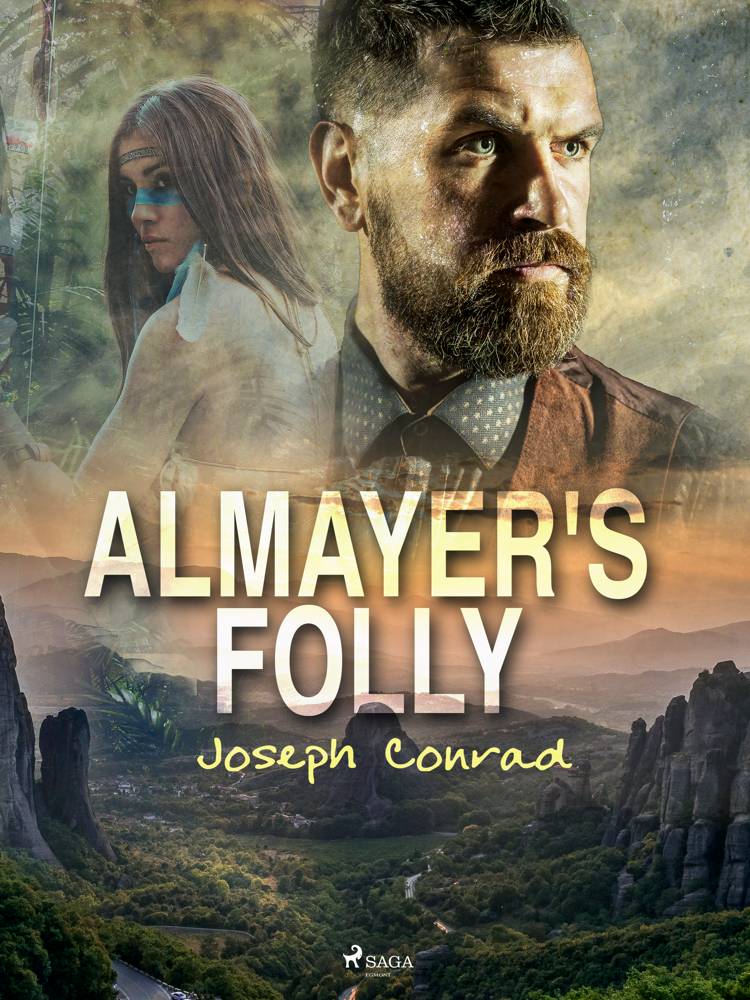 ''Almayer’s Folly'' (1895) is Joseph Conrad’s debut novel. It centers on the Dutch trader Kaspar Almayer, who comes to Borneo with a suitcaseful of dreams. He settles on the exotic island among the Malays and mainly deals in river trade. His half-Malay daughter, Nina, is met with reluctance by the local community. But Almayer wants to put an end to his waning career as a merchant and hopes to find the island's hidden gold mine, so that he can return to Amsterdam as a wealthy man, with his daughter, and give her both financial and social status. But fate can be cruel, not least in the colonies.
This is the story of a man living at the edge of two cultures, having to adapt both sociologically and psychologically to a new environment. Here Conrad masterfully combines romance and adventure with moral and existential issues. Joseph Conrad (1857-1924) was a Polish-born author who left Poland in his teens to avoid enlistment in the Russian Army. He learned English aboard British ships and started writing in that language after settling in England. His most famous novel is ''Heart of Darkness'' (1899), which was inspired by his experiences on the open sea.
expand_more