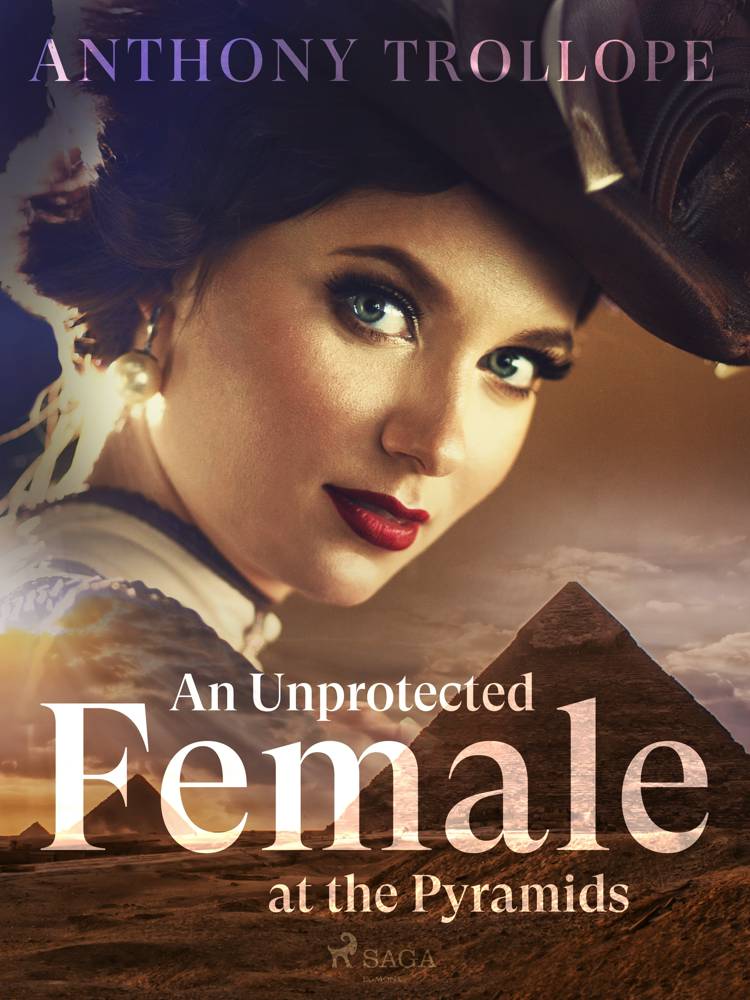 An Unprotected Female at the Pyramids af Anthony Trollope

Endnu ingen
anmeldelser
This entertaining short story from Anthony Trollope follows the adventures of self-proclaimed ‘emancipated Englishwoman’ Miss Sabrina Dawkins as she takes a solo trip to visit the pyramids of Egypt. With a strong sense of her own independence, Miss Dawkins nevertheless attempts to attach herself to another visiting party when it suits her, with inevitably humorous consequences. An Unprotected Female at the Pyramids gives voice to commonly held assumptions about single women from the time, while delightfully headstrong Miss Dawkins upends them. With a memorable cast of characters, we begin to wonder who needs protection from who!Anthony Trollope (1815 – 1882) was a Victorian writer and author of 47 novels. He also wrote an autobiography, short stories and plays, travel articles, reviews and lectures. A prolific writer, he made no secret of the fact that money was his motivation for writing – an admission which raised eyebrows among his literary contemporaries at the time. The amount of works Trollope authored are testament to his belief in hard work. His first successful novel was The Warden followed by its sequel, Barchester Towers. The Chronicles of Barsetshire are perhaps his most well-known series of novels, though many of his works have been adapted for TV and radio, starring many familiar faces such as Alan Rickman, David Tennant, Bill Nighy and Tom Hollander. Alongside his literary career, Trollope also worked for some time for the Post Office and is credited with the introduction of the iconic post box to Britain. A memorial to Anthony Trollope was unveiled in Poets’ Corner in Westminster Abbey in 1993.
expand_more

An Unprotected Female at the Pyramids
af Anthony Trollope

An Unprotected Female at the Pyramids
af Anthony Trollope