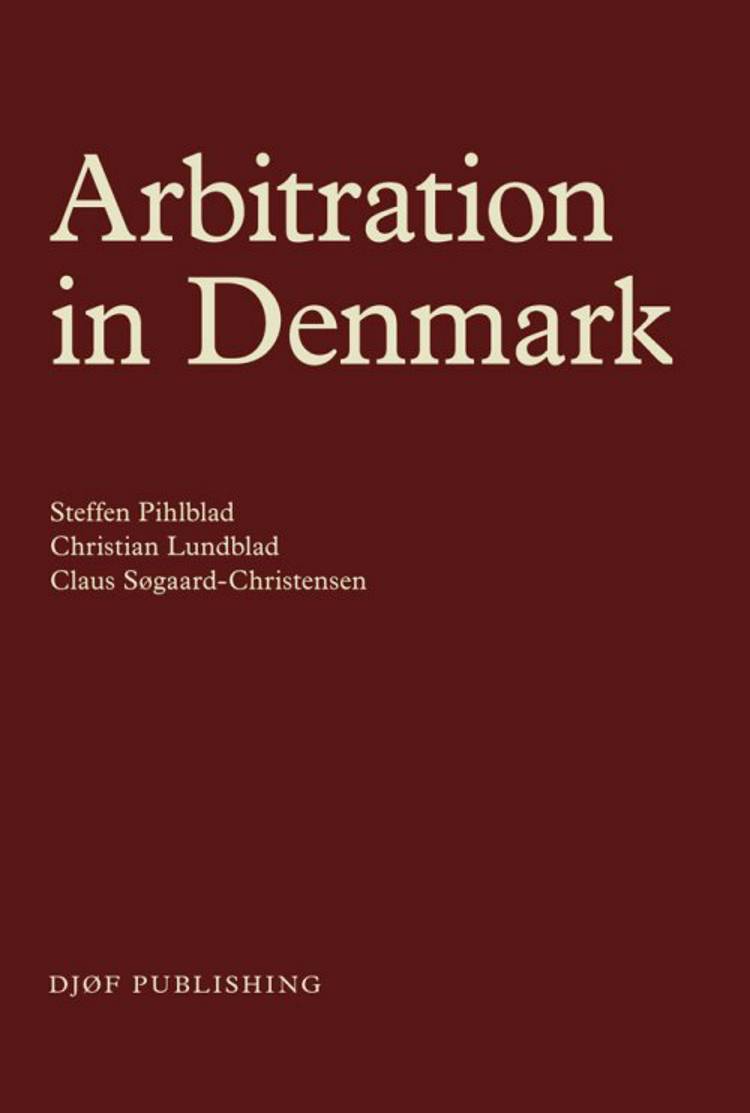 Ch. 2: The relationship between arbitration and the ordinary courts

Ch. 3: The commencement of arbitration proceedings

Ch. 4: The appointment and confirmation of arbitrators

Ch. 6: The taking of evidence

Ch. 11: Setting aside, recognition and enforcement

The authors are specialists in this field with substantial experience in domestic and international arbitration.

Steffen Pihlblad is the Secretary-General of the Danish Institute of Arbitration.

Christian Lundblad is the President of the Court of
Aalborg and Honorary Professor of
Aalborg University.

Claus Søgaard-Christensen is an independent arbitrator and mediator.
expand_more