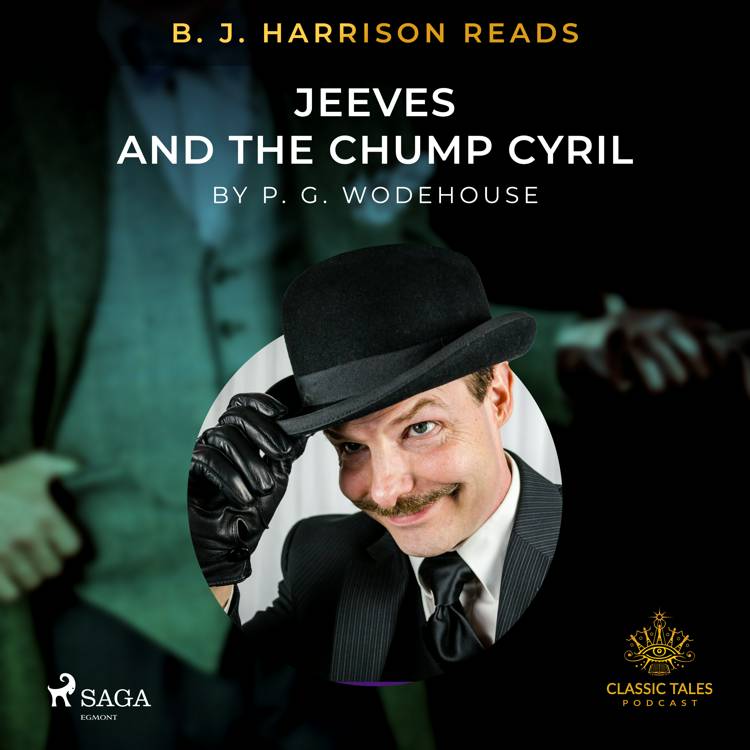 The social adventures of the English gentleman Bertie Wooster and his valet Jeeves return in a story brought to life by B. J. Harrison. An acquaintance of Bertie’s Aunt Agatha, Cyril Bassington-Bassington, is in town, although his reasons for arriving are not entirely clear. Once Bertie introduces Cyril to his playwright friend, things take a turn that greatly displeases Bertie’s aunt. Once again, the valet Jeeves must come to the rescue.
This short story by P.G. Wodehouse was written in the early 20th century and will not disappoint readers with a taste for humor and social entanglements. It was adapted into an episode for the 1990s British television series ''Jeeves and Wooster''. B. J. Harrison started his Classic Tales Podcast back in 2007, wanting to breathe new life into classic stories. He masterfully plays with a wide array of voices and accents and has since then produced over 500 audiobooks. Now in collaboration with SAGA Egmont, his engaging narration of these famous classics is available to readers everywhere.P. G. Wodehouse (1881-1975), born Sir Pelham Grenville Wodehouse, was a British author and one of the most prominent humorists of the 20th century. His memorable characters include the likes of Bertie Wooster and his valet Jeeves, who appeared in novels such as ''Joy in the Morning'' (1946) and ''The Mating Season'' (1949). His novels, short stories and musical comedies have been adapted numerous times for the screen and stage. These adaptations include ''Heavy Weather'' (1995), a BBC-produced television film based on Wodehouse’s eponymous novel.
expand_more