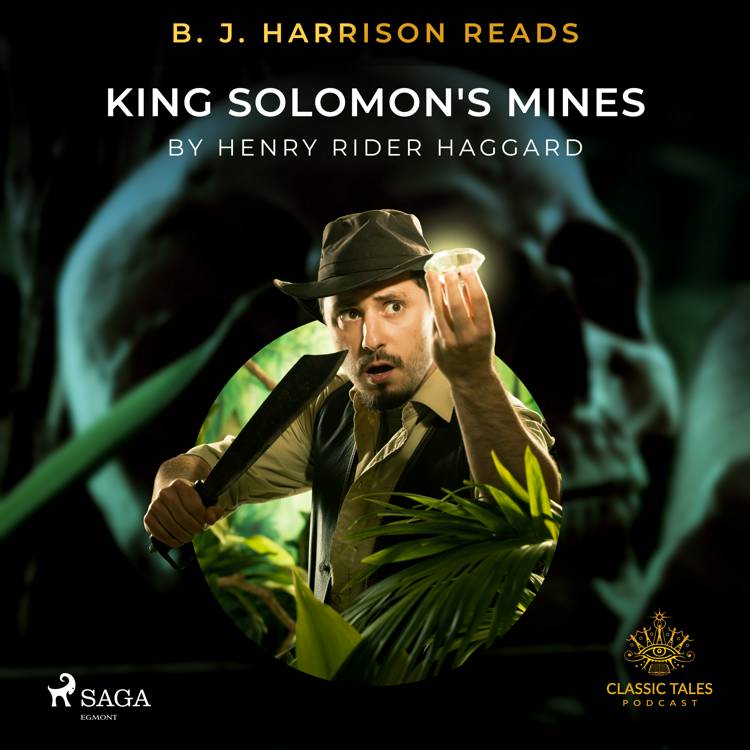 Allan Quatermain is a hunter who lives in South Africa. One day, after he returns home from an unsuccessful elephant hunt, he meets Sir Henry Curtis and Captain John Good. The two men are looking for Curtis’ brother, who disappeared whilst trying to find King Solomon’s Mines. Quatermain owns a map that show the way to the mines, so he decides to help Curtis and Good. Allan organizes an expedition that will take them to the edge of the desert.

Who exactly is Curtis’ brother? Why is he looking for King Solomon’s Mines? Is he a looter or an explorer? Will the expedition be successful and what are the men going to find? Is Curtis’ brother still alive?

Find all the answers in Henry Haggaard’s adventure novel ''King Solomon's Mines'' from 1885.
B. J. Harrison started his Classic Tales Podcast back in 2007, wanting to breathe new life into classic stories. He masterfully plays with a wide array of voices and accents and has since then produced over 500 audiobooks. Now in collaboration with SAGA Egmont, his engaging narration of these famous classics is available to readers everywhere.Henry Rider Haggaard (1856-1925) was an English author of Danish descent. Following his debut non-fiction book on South Africa, he helped introduce the ''Lost World'' genre through his character of Allan Quatermain from the classic bestseller ''King Solomon's Mines''. Haggaard has influenced many other fantasy writers, among these J.R.R. Tolkien, and several of his books have been adapted to film as well as having inspired the Indiana Jones movies.
expand_more