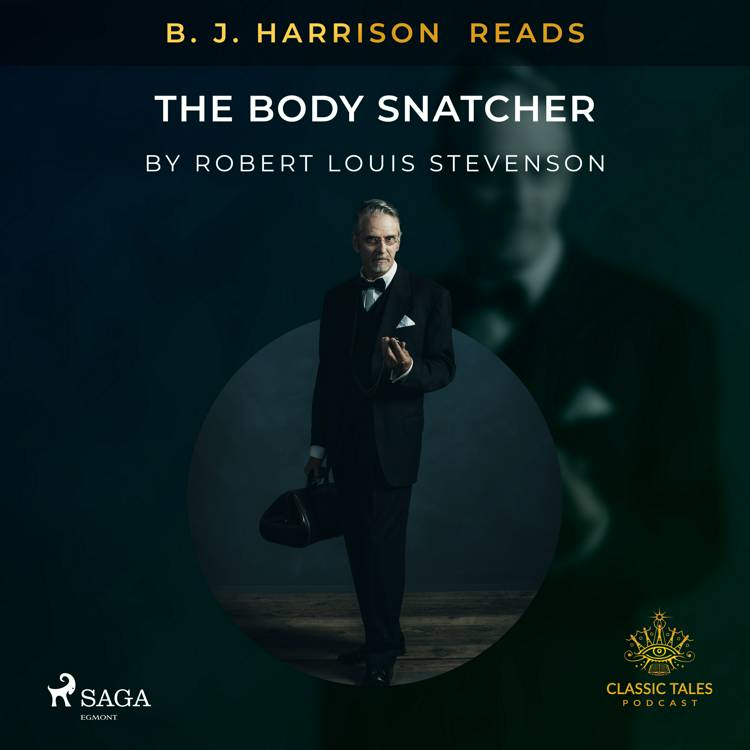 Fettes and his friends meet for a drink at the local inn. Everything is going well until the famous doctor Wolfe Macfarlane enters to treat a sick patient. Fettes gets very upset when he sees Macfarlane and a conflict arises between the two former medical students. The encounters brings back bitter memories of the bad, past decisions and crimes which they have committed as students. Why is Fettes so upset by the arrival of his old schoolmate? What do they have in common besides medicine? What happened between the two men? If you want to find out more about Fettes’ and Macfarlane’s dark secret, listen to this horror story from 1884.
B. J. Harrison started his Classic Tales Podcast back in 2007, wanting to breathe new life into classic stories. He masterfully plays with a wide array of voices and accents and has since then produced over 500 audiobooks. Now in collaboration with SAGA Egmont, his engaging narration of these famous classics is available to readers everywhere.Robert Louis Stevenson (1850-1894) was a Scottish writer of novels, poems, essays, and travel books. For most of his life, Stevenson suffered from serious bronchial trouble, but kept on travelling and writing. Though his writing has often been considered entertainment, author Henry James aligned Stevenson’s works to his own. His most famous novels are ''Treasure Island'' (1883), ''The Strange Case of Dr Jekyll and Mr Hyde'' (1886), ''Kidnapped'' (1886) and ''A Child’s Garden of Verses'' (1885).
expand_more