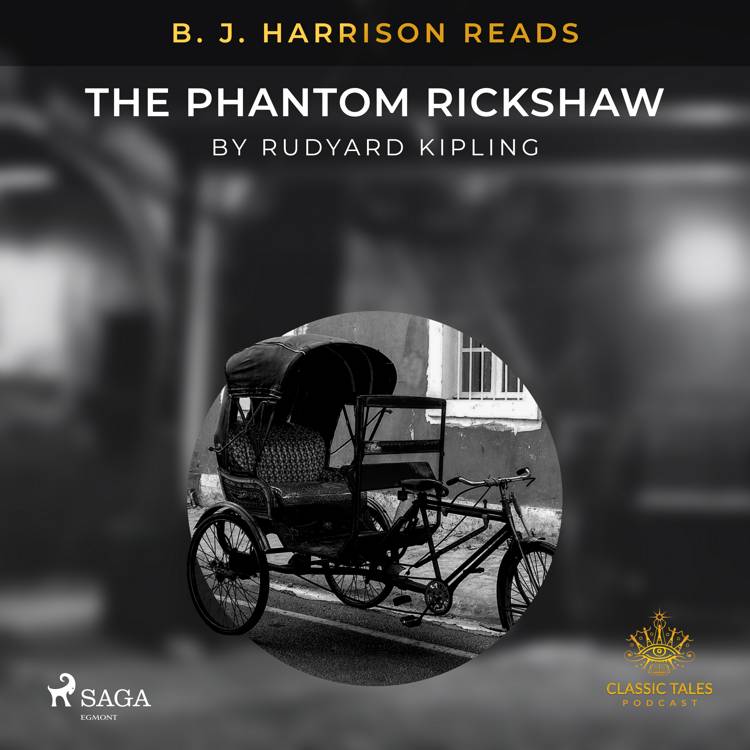 After a passionate affair with Agnes Keith-Wessington, Jack Pansay wearies of her and becomes engaged to Miss Kitty Mannering. However, Wessington refuses to accept the rejection and reappears in Jack’s life, trying to make him reconsider. But to her greatest regret, Pansay continues to respond curtly and brutally. Not so long after, Agnes dies of a broken heart. From this moment on, Jack's life will never be the same again.

Why did Pansay reject Wessington? How is he going to react to her death? Will he marry Miss Kitty, or will she break off the engagement? Find all the answers in Rudyard Kipling’s 1888 ghost story ''The Phantom Rickshaw''. B. J. Harrison started his Classic Tales Podcast back in 2007, wanting to breathe new life into classic stories. He masterfully plays with a wide array of voices and accents and has since then produced over 500 audiobooks. Now in collaboration with SAGA Egmont, his engaging narration of these famous classics is available to readers everywhere.Rudyard Kipling (1865-1936) was a British journalist, poet and novelist, most famous for his collection of stories, ''The Jungle Book'' (1894). He spent a good part of his childhood and youth in India where his stories are set. In 1907, he received the Nobel Prize in Literature as the youngest recipient ever. Some other famous works by Kipling are ''Kim'' (1901), ''The Man Who Would Be King'' (1888) and ''Mandalay'' (1890)
expand_more

B. J. Harrison Reads The Man Who Would Be King
af Rudyard Kipling

B. J. Harrison Reads The Mark of the Beast
af Rudyard Kipling