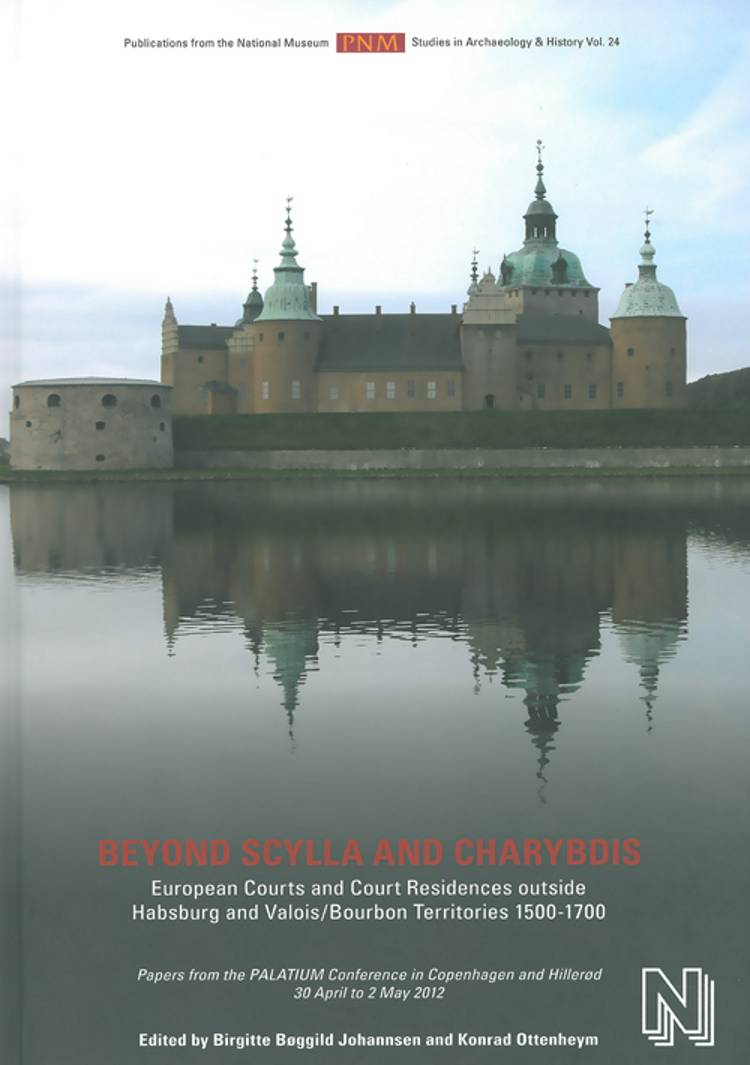 Beyond Scylla and Charybdis European courts and court residences outside Habsburg and Valois/Bourbon territories 1500-1700, papers from the PALATIUM conference in Copenhagen and Hillerød 30 April to 2 May af Birgitte Bøggild Johannsen

The political landscape of Early Modern Continental Europe was dominated by two rivalling superpowers, the Habsburgs of Spain and the Holy Roman Empire versus the French Kingdom of the Valois and Bourbon monarchs. Age-old struggles for hegemony, seniority and precedence stimulated both parties to distinguish themselves from one another, at the same time influencing essential aspects of court life including courtly etiquette and diplomatic ceremonies. By result, it also determined court architecture.
Satellite courts, more closely related to these superpowers, could visually expose their loyalty to a specific faction by implementing its specific system of codes and adapting particular spatial arrangements or decorations. But what were the strategies of the ‘others’, the independent, though less dominant European courts beyond the Habsburg and Valois/Bourbon spheres? How did these courts respond to the overwhelming cultural impulses as ‘neutral’ neighbours, allies or even as enemies – in a figurative sense navigating beyond the dangers of the mythic whirlpool of Charybdis and the rock on the opposite side, the home of the fearful monster Scylla? Were they only blind followers of fashion, or did they instead develop a ´third´ language of court culture in a discourse with native and traditional ways of expression, often of ancient origin and quite as venerable as the Habsburg and Valois/Bourbon paradigms?
These issues were debated at a conference organised in Denmark in 2012 by the PALATIUM project, a research networking program of the European Science Foundation. The volume presents 23 case studies, ranging from Denmark, Sweden, Poland and England, to Russia, the Low Countries, Italy and Portugal among others.
expand_more