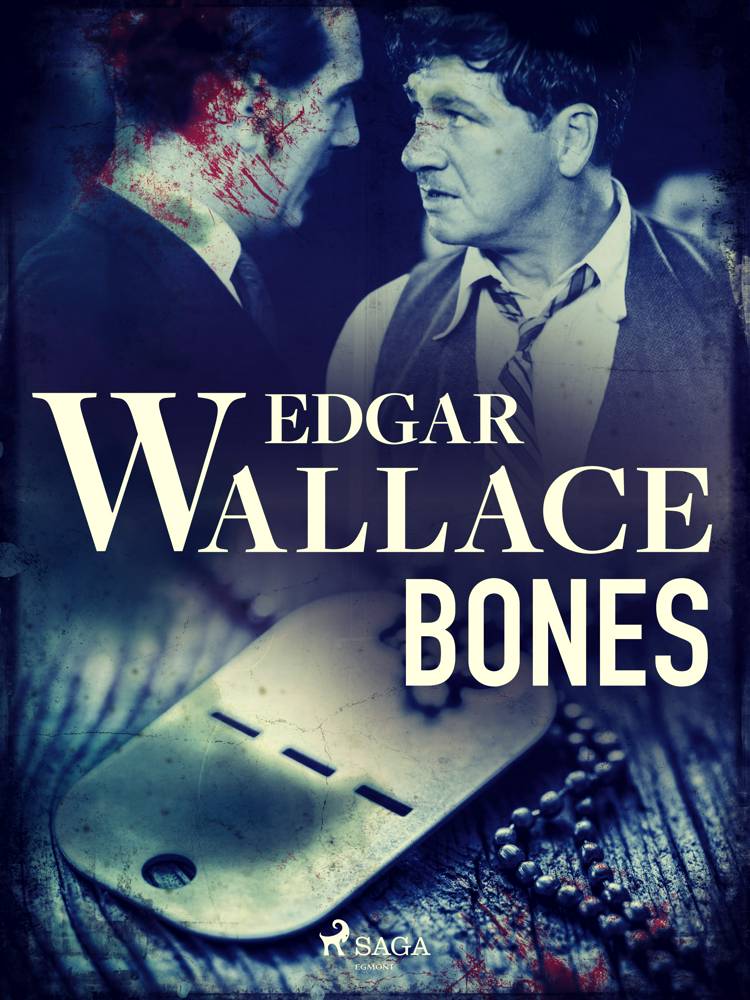 Set in Nigeria, at the time of the British Empire, ‘Bones’ introduces us to the hapless hero of the piece.

The beloved Commissioner Sanders has struck up an uneasy truce with Bosambo, the chief of the Ossori people. While Lieutenant Hamilton steps into Sanders’ shoes, the chief decides the time is ripe for some double-dealing.

Enter Francis Augustus Tibbetts, a well-meaning, but calamity-prone lieutenant. While he´s always trying to help, everything seems to go wrong for him. Unfortunately for Hamilton, ‘Bones’ Tibbetts is on hand – which isn’t always a good thing.

A light-hearted look at life in an Edwardian outpost, ‘Bones’ set the template for films, such as ‘Three Kings,’ starring Brad Pitt and George Clooney.

Born in London, Edgar Wallace (1875 – 1932) was an English writer so prolific, that his publisher claimed that he was responsible for a quarter of all books sold in England. Leaving school at the age of 12, Wallace made his first steps into the literary world by selling newspapers on the corner of Fleet Street. He worked as a war correspondent after joining the army at age 21, which honed his writing abilities. This led to the creation of his first book, ‘The Four Just Men.’Wallace is best remembered as the co-creator of ‘King Kong,’ which has been adapted for film 12 times (most notably directed by ‘Lord of the Rings’ director, Peter Jackson, and starring Jack Black and Naomi Watts). However, he leaves behind an extensive body of work, including stories such as ‘The Crimson Circle’ and ‘The Flying Squad.’
expand_more