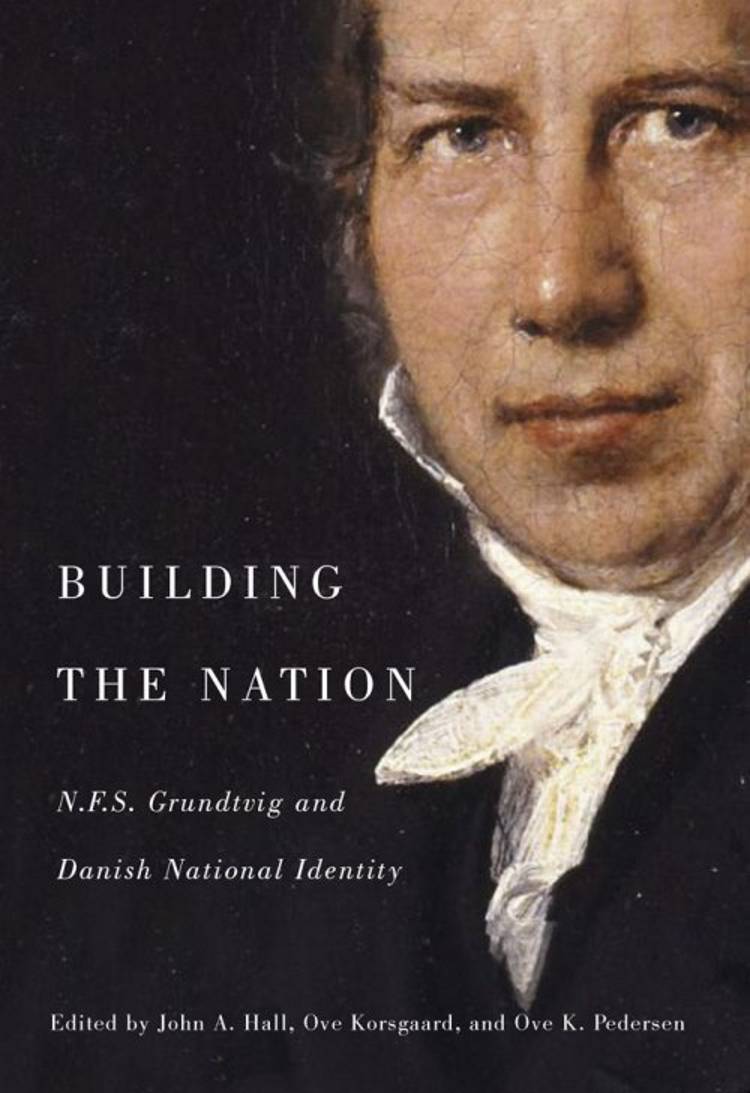 Virkelig god bogifølge 3 anmeldere
Denmark became a nation amidst the turbulence of the nineteenth century, an era plagued by war, bankruptcy, and territorial loss. ''Building the Nation'' is an insightful study of this formation, emphasizing the crucial role of N.F.S. Grundtvig, the father of modern Denmark. Persevering through years of humiliation, internal conflict, and occupation, Denmark now boasts one of the world's most stable and democratic political systems, as well as one of its richest economies. From disaster to success, ''Building the Nation'' emphasizes the role of national icons and social movements in the formation of Denmark. The poet, political philosopher, clergyman, and founding father N.F.S. Grundtvig is compared to Rousseau and Durkheim in France, to Herder and Fichte in Germany, and to other great thinkers in the United States and Ireland. During his lifetime, the kingdom of Denmark transformed from monarchy to democracy and moved from agrarianism to a modern economy - evolutions to which Grundtvig himself contributed. He has become a fundamental and inescapable reference-point for discussions about nation, democracy, freedom, religion, and education in Denmark and abroad. Situating Grundtvig in both the history of Denmark and the intellectual history of nineteenth-century Europe, ''Building the Nation'' argues for the centrality of his influence in the making of modern Denmark, as well as the continuing influence of his work. The book is co-published by McGill-Queen's University Press Indholdsoversigt Acknowledgements Introduction - by John A. Hall & Ove Kongsgaard PART I: THEORETICAL GROUNDWORK Chapter 1. Nation Building and State Building - by Francis Fukuyama Chapter 2. Icons of Nationalism - by Anthony D. Smith Chapter 3. Between Tradition and Modernity: Grundtvig and Cultural Nationalism - by Michael Böss PART II: ENABLING CONDITIONS Chapter 4. Religious Rivalism in Sweden and Denmark - by Hanne Sanders Chapter 5. The Nation as Event: The Dissolution of the Oldenburg Monarchy and Grundtvig's Nationalism - by Uffe Østergård Chapter 6. Why Denmark Did Not Become Switzerland - by Jason O. Jensen & John A. Hall PART III: GRUNDTVIG AND THE PEOPLE Chapter 7. ''Hand of King and Voice of People'': Grundtvig on Democracy and Responsability of the Self - by Tine Damsholt Chapter 8. On the Church, the State, and the School: Grundtvig as Enlightenment, Philosopher and Social Thinker - by Uffe Jonas Chapter 9. How Grundtvig Became a Nation Builder - by Ove Korsgaard PART IV: COMPARISON Chapter 10. Fichte and Grundtvig as Educators of the People - by Per Øhrgaard Chapter 11. Come Together: Thoughts and Theories on Social Cohesion in the Work of Nikolai Grundtvig and Émile Durkheim - by Katrine Baumvig Chapter 12. ''The Guardian Knot'': Grundtvig and British Liberalism - by Ole Vind Chapter 13. Grundtvig and the Slavic Awakening in the East Central Europe: (Con)textual Parallels, Mutual Perceptions - by Peter Bugge Chapter 14. Crisis of Religion and Nineteenth-Century Spiritual Reform: Varieties of Nation Building in Grundtvig and Emerson - by Troels Nørager Chapter 15. Community and Individuality: Grundtvigian and Kirkegaardian Protestantism in Denmark - by Matias Møl Dalsgaard PART V: TRANSMISSION Chapter 16. Grundtvig's Idea of a People's High School and its Historical Influence - by Ove Korsgaard Chapter 17. Grundtvigianism as Practice and Experience - by Andrew Buckser Chapter 18. The Popular Voicing of Sport: Comparative Aspects of Grundtvigian Movement Culture - by Henning Eichberg Chapter 19. Windmills, Butter, and Bacon: The Circulation of Scientific Knowledge among Grundtvigians in the Decades around 1900 - by Hans Henrik Hjermitslev Chapter 20. An Ongoing Influence: The Political Application of Grundtvig's Ideas in the Debate on Danish Society, 2001-09 - by Esben Lunde Larsen Chapter 21. The Economic Consequences of the Size of Nations: Denmark in Comparative Perspective - by John L. Campbell & John A. Hall Conclusion - by Ove K. Pedersen Contributors Index
expand_more

LÆS I Jyllands-Posten
83/100
I
Fremragende anmeldelse i Information