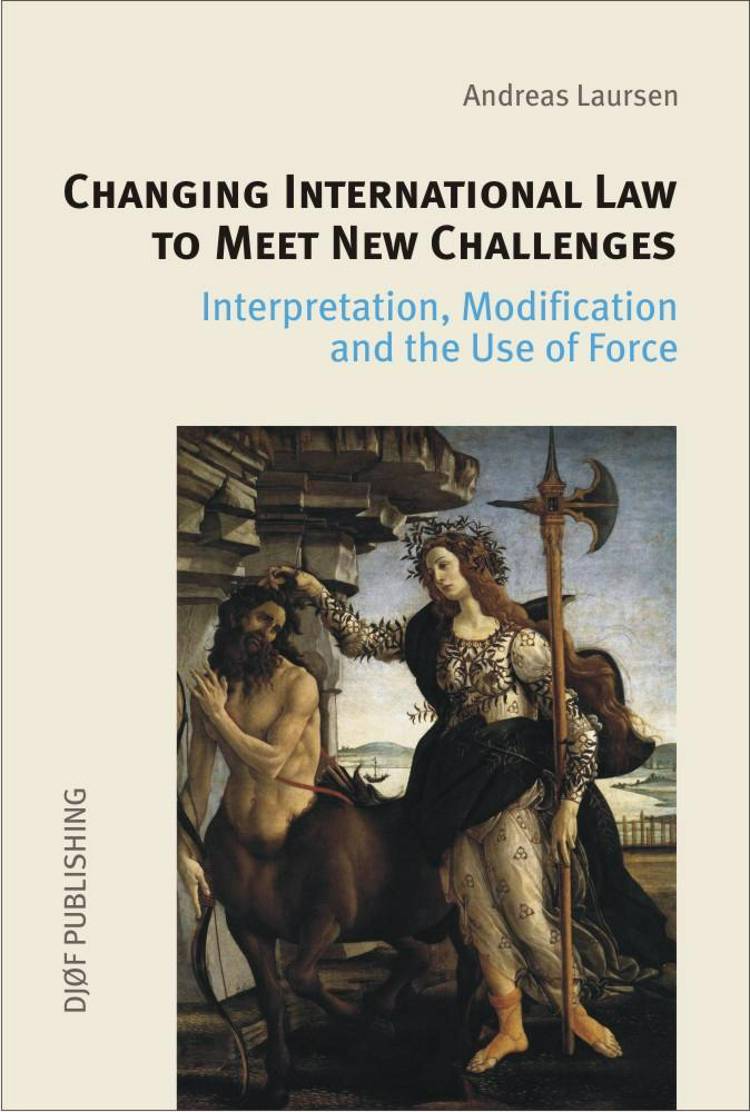 Changing international law to meet new challenges interpretation, modification and the use of force af Andreas Laursen og Laursen A

Endnu ingen
anmeldelser
To buy the book from outside Denmark, please phone +45 3919 5500 or e-mail: forlag@djoef.dk1. edition 2006, 348 pages, paperback.Price (excl. VAT, postage & handling): Approx. EURO 48, £ 31, $ 60.The international rules governing the use of force in international relations have been under pressure in recent years. They have on several occasions been challenged by states' practice, be it through actual acts (for example in the case of Kosovo 1999, Afghanistan 2001 and Iraq 2003) or in statements (such as the 2002 US National Security Strategy). A fundamental question concerns how international law reacts to such challenges: does is disintegrate or does it adapt to the new circumstances?This book is located at the intersection of two central and challenging issues in international law. The first concerns the ways in which such normative frameworks change, evolve, or are modified in international law. The second concerns the extent to which the basic norms governing the use of force against terrorists have changed significantly since the attacks on New York and Washington,DC in 2001.Part One of the present book sets out to examine the relationship between a treaty and subsequent challenging claims and acts by states. It is found that practice subsequent to a treatymay be central to the interpretation of the treaty or may in fact cause an informal modification of the treaty. In addition, the exact operation of subsequent practice is identified. Part Two applies the findings of Part One to the use of force against terrorists. Initially, a number of incidents involving the use of force against terrorists are described. These examples of state practice and the reactions thereto are then analyzed in order to determine their effect on international law, in particular in the areas of the requirement of state involvement, the definition of an armed attack, the issues of necessity and proportionality and the state of necessity excuse. It is found that international law in this area has in fact developed and adapted to meet new challenges posed by terrorism.The author is a prosecutor with the Special International Crimes Office in Copenhagen, Denmark. This book is his Ph.D. thesis that was submitted and defended at the European University Institute inFlorence, Italy.
expand_more