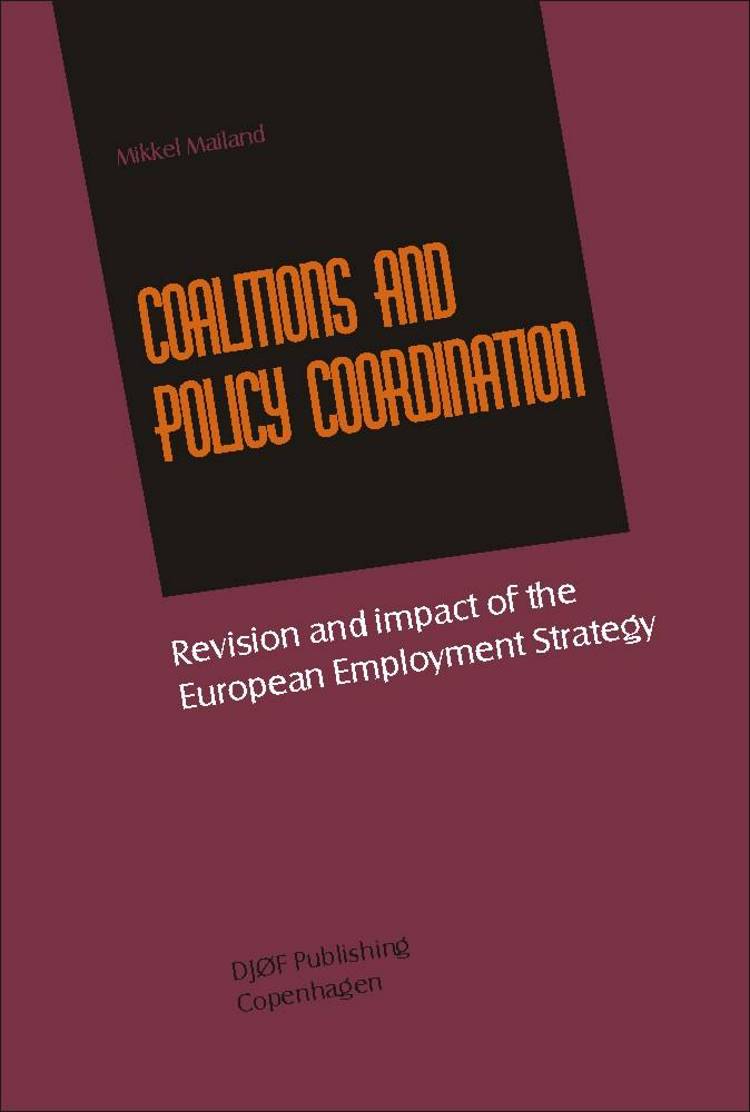 Endnu ingen
anmeldelser
To buy the book from outside Denmark, please phone +45 3919 5500 or e-mail: forlag@djoef.dkPrice (excl. VAT, postage & handling): Approx. EURO 30, £ 19, $ 38.In the mid1990s, European member states decided to coordinate their national employment policies through a common European Employment Strategy (EES). This book examines the current state of the strategy at EU-level as well as in the member states. The author argues that the strategy has to a varying degree influenced the member states' employment policies, but the impact has generally speaking been limited. At EU-level, the strategy faces difficulties, mainly because some member-states dislike close examination of their policies which highlights weaknesses and include country specific recommendations. The first part of the book concentrates on the ongoing development of the strategy at EU-level, where particularly coalition-building and ongoing power struggles between the European institutions, the member states and other key stakeholders are analysed. It shows that those member states aiming at a minimal strategy has gained in influence in recent years, whilst the Commission and those member states arguing for a more extensive strategy are now less influential. The second part of the book examines the impact of the strategy as a result of peer pressure and key actors' strategic use of the strategy. The factors, which explain why more cases of impact are found in Poland and Spain than in Denmark and the United Kingdom includes: non-compliance with the EES pre-dating the introduction of the strategy; relatively weak labour market performance; lack of consensus; and strong economic or political dependence on the EU. Mikkel Mailand is Associate Professor and Head of Research at Employment Relations Research Centre (FAOS), Department of Sociology, University of Copenhagen.
expand_more