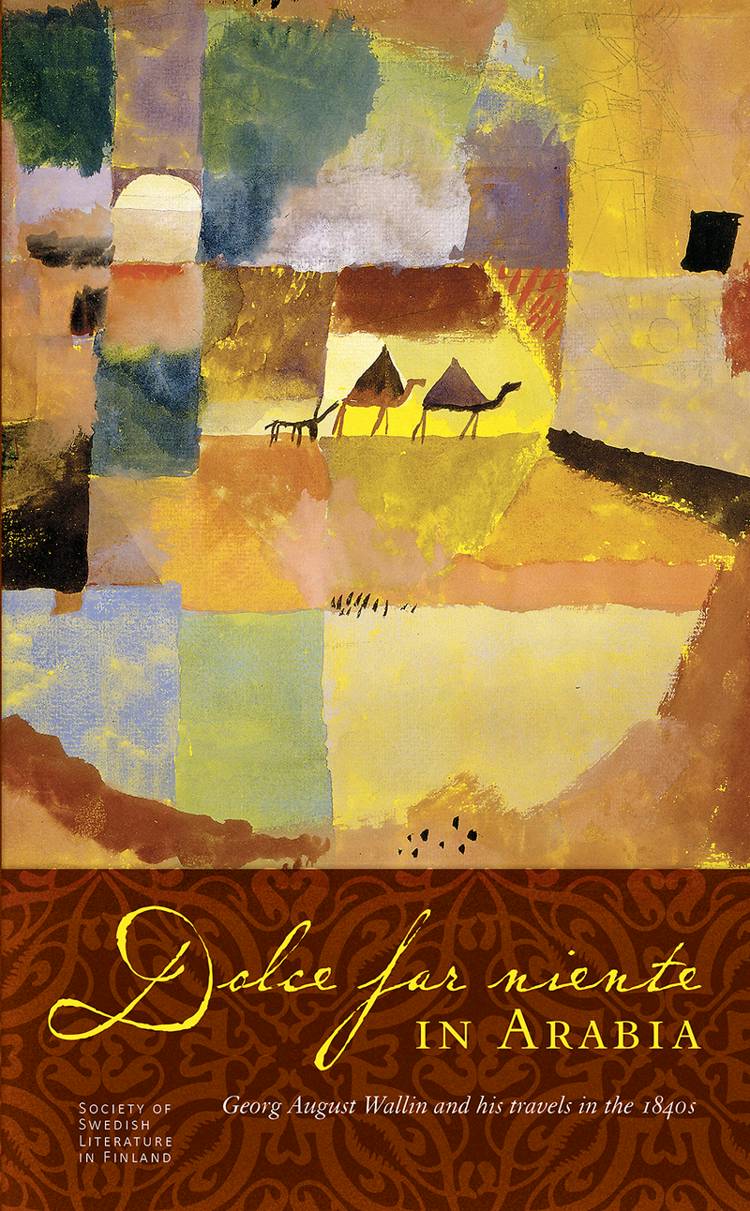 In the 1840s the Finnish Orientalist Georg August Wallin travelled in the Middle East, where he collected material on Arabic dialects. In order to make contact with the local inhabitants he assumed a Muslim identity and disguised himself as the physician 'Abd al-Wali from Central Asia.
As an observer he was both inquisitive and sharp-eyed, and therefore well able to document daily life among the urban dwellers of Cairo and the Bedouin of the northern Arabian Peninsula. His unique material is preserved in diaries and letters which he wrote in his native language, Swedish – sometimes, however, with Arabic script to evade detection.
By his contemporaries he was considered an eminent scholar, but he died shortly after his seven-year journey, and was therefore able to publish only a fraction of his material, which was subsequently obscured from the international research community by the language barrier. Wallin's life and travels in Egypt, the Arabian Peninsula and Persia are described here by four scholars of Middle Eastern culture and history. They also highlight Wallin's importance as an ethnographic observer and linguistic researcher.
Published in collaboration with the Society of Swedish Literature in Finland.
Patricia Berg

, M.A., Egyptologist, co-editor of G. A. Wallin's Skrifter (Writings) at the Society of Swedish Literature in Finland.
Sofia Häggman

, Ph.D., Egyptologist, Curator of the Museum of Mediterranean and Near Eastern Antiquities in Stockholm.
Kaj Öhrnberg

, Phil. Lic., Arabist, co-editor of G. A. Wallin's Skrifter (Writings) at the Society of Swedish Literature in Finland.
Jaakko Hämeen-Anttila

, Ph.D., Professor of Arabic and Islamic Studies at the University of Helsinki.
Heikki Palva

, Ph.D., Professor Emeritus of Arabic Language and Islamic Studies at the University of Helsinki.
expand_more