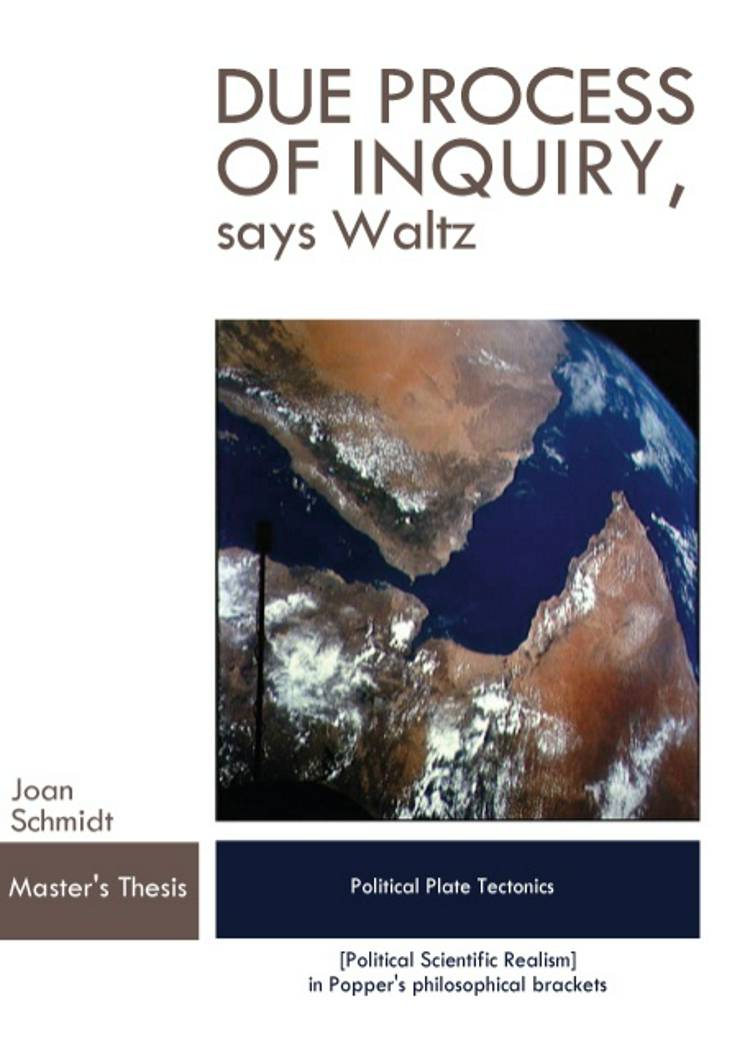 'Due Process of Inquiry, says Waltz' is a book about theory on political plate tectonics launched by Kenneth N. Waltz (1924 - 2013) in his very well-known book 'Theory of International Politic;' a book that establishes his work as neo-realism.

Waltz’s core theory depicts in a tentative axiomatic system his chief postulate of the two co-existing political systems namely the complementarity of hierarchy and anarchy; complementary as defined by Bohr.

It is empirical theory that measures power in the political anarchy in polarity; judged on the standards of Sir Karl Popper. It is also theory that can serve as framework for logics of situation as they spring from the distributional structural dynamics.

To capture the fundamental logic of pole's behaviour Waltz imported the principle of survival motive and the notion of 'selection' from Darwinian theory. Natural selection is the empirical principle that bridges Darwinian theory with Popperian falsificationism and Waltzian structural political theory. Natural selection simply resembles falsification.

From the point of view of humanism, it is to be remembered that the Darwinian principle of survival and the mechanism of selection are no choices on the part of Darwin, Popper, Waltz, behaviourist scientists, or anybody else. It is no political preference. It is an empirical principle. It merely so happens in life.
expand_more