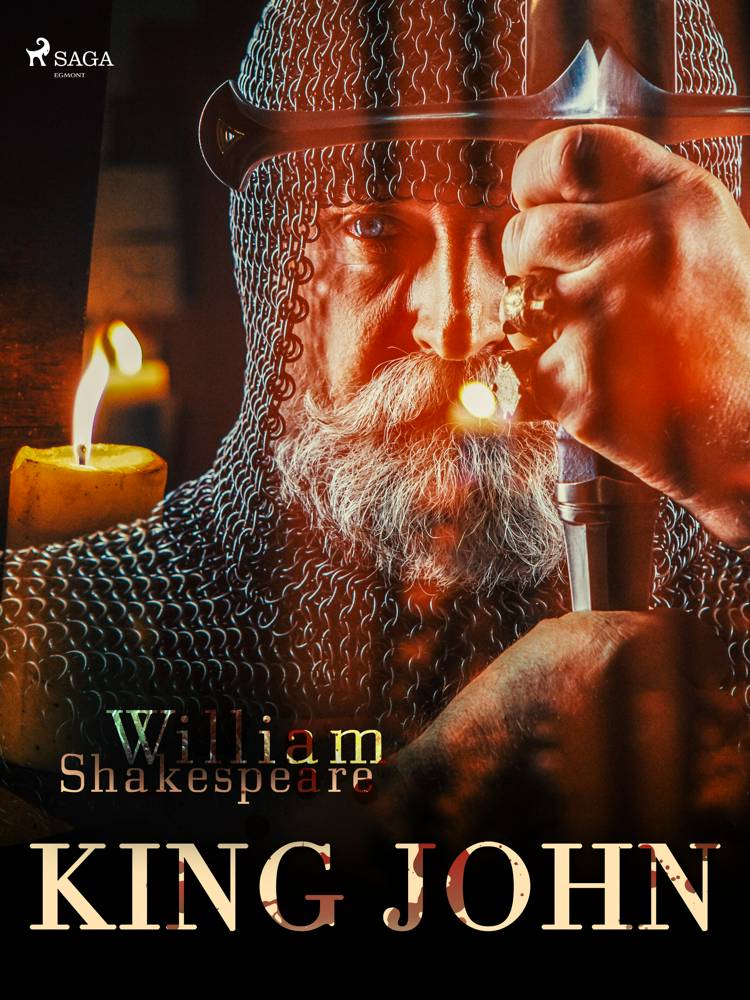 John, King of England's rule is challenged by an ambassador for King Phillip of France.

Claiming that Arthur, the nephew of John should be crowned king instead, John declares war against France. Although John orders his nephew's death and turns the nobles against himself, the questions remain... who is the rightful heir to the throne of England?

‘King John’ is a brilliant historical fiction with its underlying theme of sources of power and authority it is both tragically poetic and satiric in equal measure. Perfect for fans of The Dr Ruth Galloway Mysteries by Elly Griffiths. William Shakespeare (1564-1616) is widely considered the world's greatest dramatist and is often referred to as England's national poet or the Bard. Most famous for his timeless plays, he also wrote a multitude of poems and sonnets. Shakespeare was the blockbuster writer of his day, his many works concerning universal themes of life, love, death, revenge, grief, jealousy, murder, magic, and mystery. Among some of his most famous are ''Macbeth'', ''Romeo and Juliet'', and ''Hamlet'', but the list is long, and many continue to be studied and performed, both their original form and modern adaptations.
expand_more

Much Ado About Nothing
af William Shakespeare

The Taming of the Shrew
af William Shakespeare