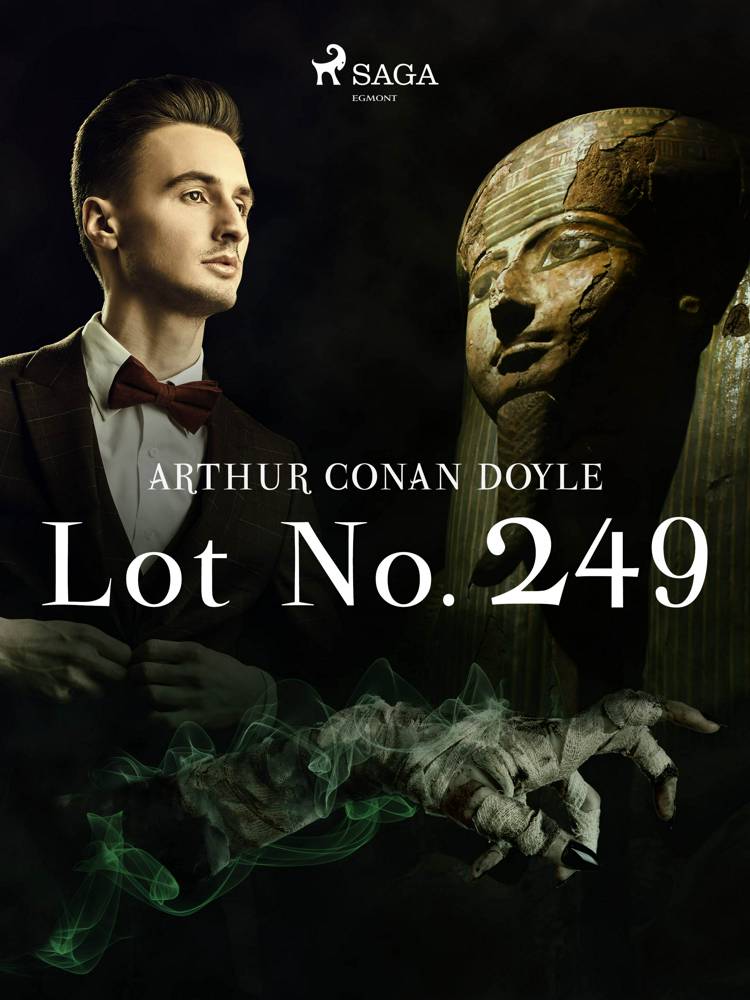 Endnu ingen
anmeldelser
Smith, a University of Oxford athlete, witnesses strange things. Edward, a student in Egyptology, collects ancient artefacts, a mummy as well. Not only does he collect them, but Smith suspects that Edward is trying to reanimate the mummy. His suspicions grow bigger when he sees the mummy disappear and then reappear. Will Smith confront Edward and what will follow after that? Is it actually possible to reanimate an artefact or it is simply fruit of imagination? Who will make it out alive – Smith, Edward, or the mummy? ''Lot No. 249'' holds the answers. Sir Arthur Conan Doyle (1859-1930) was born in Scotland and studied medicine at the University of Edinburgh. After his studies, he worked as a ship’s surgeon on various boats. During the Second Boer War, he was an army doctor in South Africa. When he came back to the United Kingdom, he opened his own practice and started writing crime books. He is best known for his thrilling stories about the adventures of Sherlock Holmes. He published four novels and more than 50 short-stories starring the detective and Dr Watson, and they play an important role in the history of crime fiction. Other than the Sherlock Holmes series, Doyle wrote around thirty more books, in genres such as science-fiction, fantasy, historical novels, but also poetry, plays, and non-fiction.
expand_more