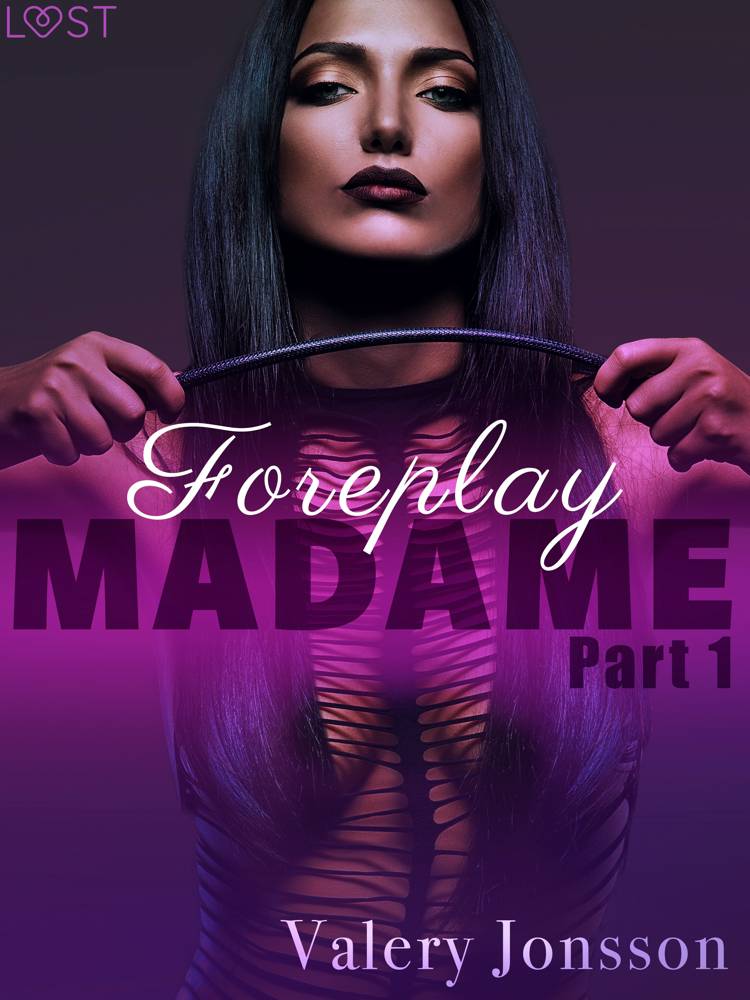 ''Madame placed the end her whip on top of his glans. Like a lid on top of the opening. 'You are not contemplating coming before I have said you are allowed to?'
'No, Madame,' he replied and slowed down even more.''
The five men in suits in the meetingroom has no idea what to expect when Madame walks in, dressed in stilettos and a corsett, but they understand that they better obey her.
Foreplay is the first part of a series about Madame and her wild, explorative sex games, where she uses a whip to get exactly what she wants.

Madame likes to LARP, but not just any old scenario. It must contain excitement, thrill, adventure and sex and there is only one leader - Madame. Let the games begin!

Valery Jonsson is a woman in the prime of her life, who feels her best traits are curiosity and the urge to explore. She happily tries out new things and even if her short stories are entirely fictional, she has gathered inspiration from her own life.
expand_more