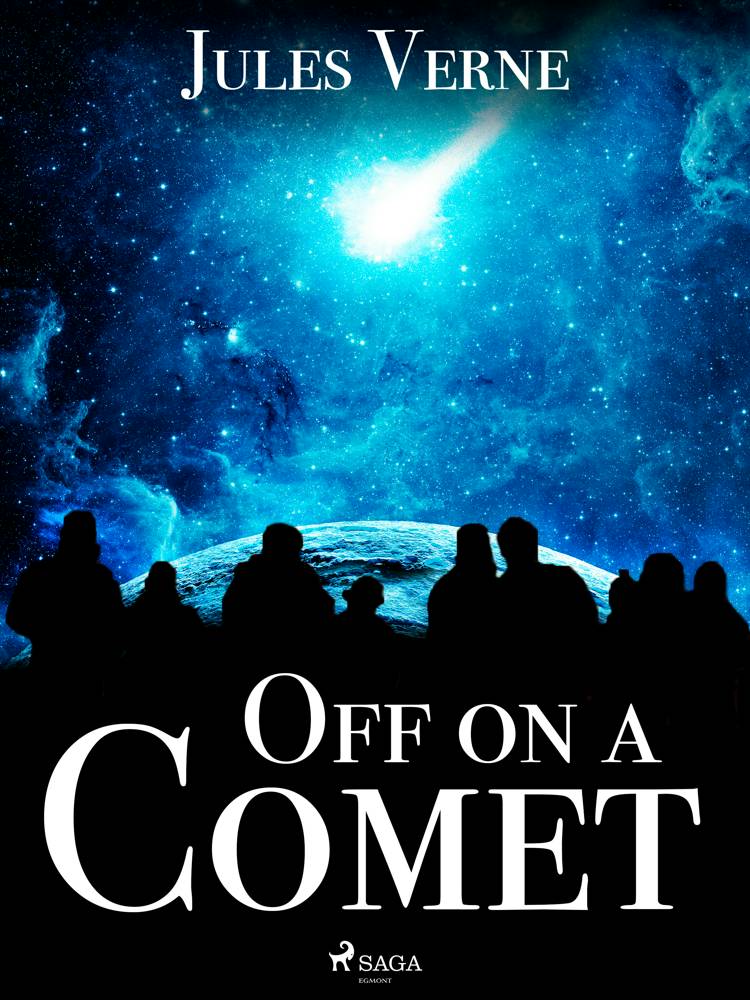 Off on a Comet af Jules Verne

Endnu ingen
anmeldelser
Jules Verne’s ‘Off on a Comet’ is a science-fiction adventure first published in 1877. After a comet collides with planet earth, several inhabitants of earth are unknowingly carried away on it. Believing the collision at first to be an earthquake, it takes some time before the unlikely bunch realise what has happened. The group encounter all kinds of adventures on their journey through space – but will they ever see their beloved home again? A thrilling adventure, this is the fifteenth book in Verne’s ‘Voyages Extraordinaire’ series which also included ‘Journey to the Centre of the Earth’ and ‘Around the World in Eighty Days’.Jules Verne (1828-1905) was a famous French novelist, playwright, and poet. He is best known for his series of science-fiction adventure novels which included ‘Journey to the Centre of the Earth’, ‘Twenty Thousand Leagues Under the Sea’ and ‘Around the World in Eighty Days’. These novels were published by Pierre-Jules Hetzel – the publisher of Honoré de Balzac and Victor Hugo among many others. Alongside these more famous works, Verne also wrote plays, poetry, and short stories. Verne died at home in Amiens in 1905. Incredibly imaginative and innovative, Verne was one of the most influential writers of his era, and continues to be a household name today.
expand_more

Off on a Comet
af Jules Verne

The Purchase of the North Pole
af Jules Verne

The Adventures of Captain Hatteras: The English at the North Pole
af Jules Verne

The Adventures of Captain Hatteras: The Desert of Ice
af Jules Verne

Off on a Comet
af Jules Verne