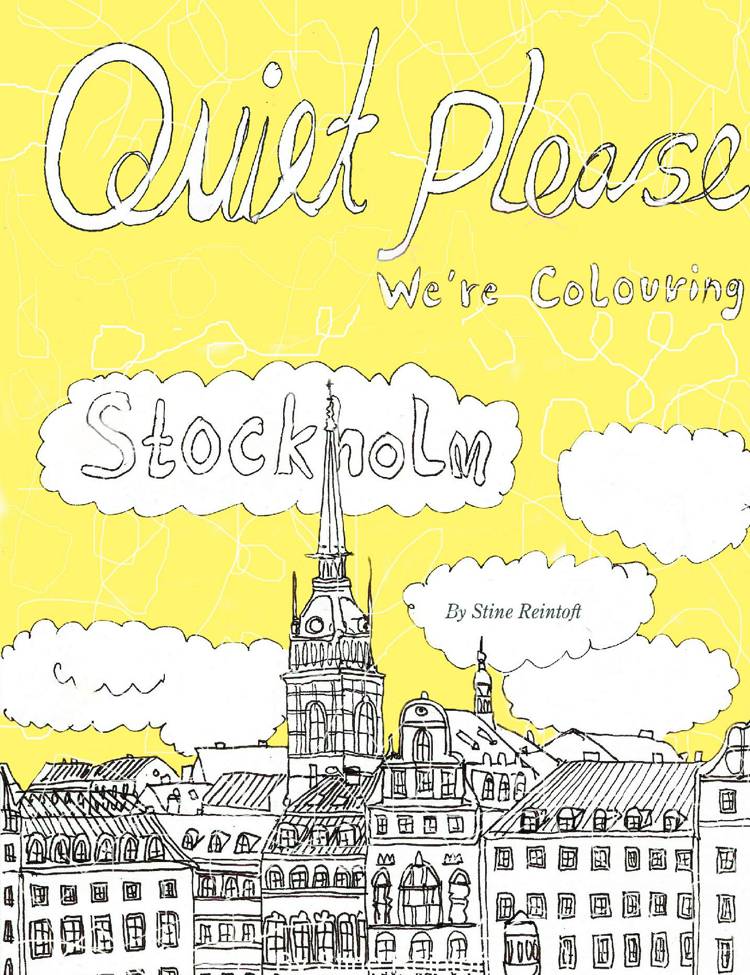 Danish Illustrator Stine Reintoft’s new colouring book is dedicated to the city of Stockholm and it’s courageous inhabitants after the tragic terror strike that shook the world. She was in the city when the tragedy occurred.

''Quiet Please – We’re Coloring Stockholm” is out on 10 August 2017 and can be bought on the online publisher Saxo (www.saxo.com), various online bookstores and different museums.

Stine had gone to Stockholm, the day before the attack and spent the actual day on sketches for her new colouring book – the tenth in her series – ''Quiet Please – We’re drawing Stockholm”.

“Stockholm is a beautiful and inviting city, and obviously it should have its own colouring book, and I had gone there to research for buildings and motives for the book”, Stine Reintoft says. She had been at Åhléns three hours before the terrorist struck and she was at the airport, the terrorist was heading towards after his cowardly deed. “A lovely and positive job, until the terror suddenly appeared brutally and cruelly in such a nice and happy city”, Stine continues. She was close to what happened and she has been affected by it since.

“That’s why it’s been so important to me to create an extra dimension of light and life for all the motives in the colouring book. I have an impression of a city and its inhabitants who never surrender”, Stine notes, just before publishing the book. Stine intends with the book to turn the sad and tragic background into a something positive and life-confirming showing a strong and stunning city’s will to survive.
In her very personal drawing style, Stine Reintoft once again pictures the greatest things to see in Stockholm: The picturesque streets, houses, parks and other city environments – now ready to colour.

Stine Reintoft hopes that every one who starts colouring the new book will find cosy and quiet hours. Especially after such a traumatic occasion, the book is an invitation to meaningful relief and to looking at all the wonderful motives that make Stockholm on of the most magnificent cities I the world.