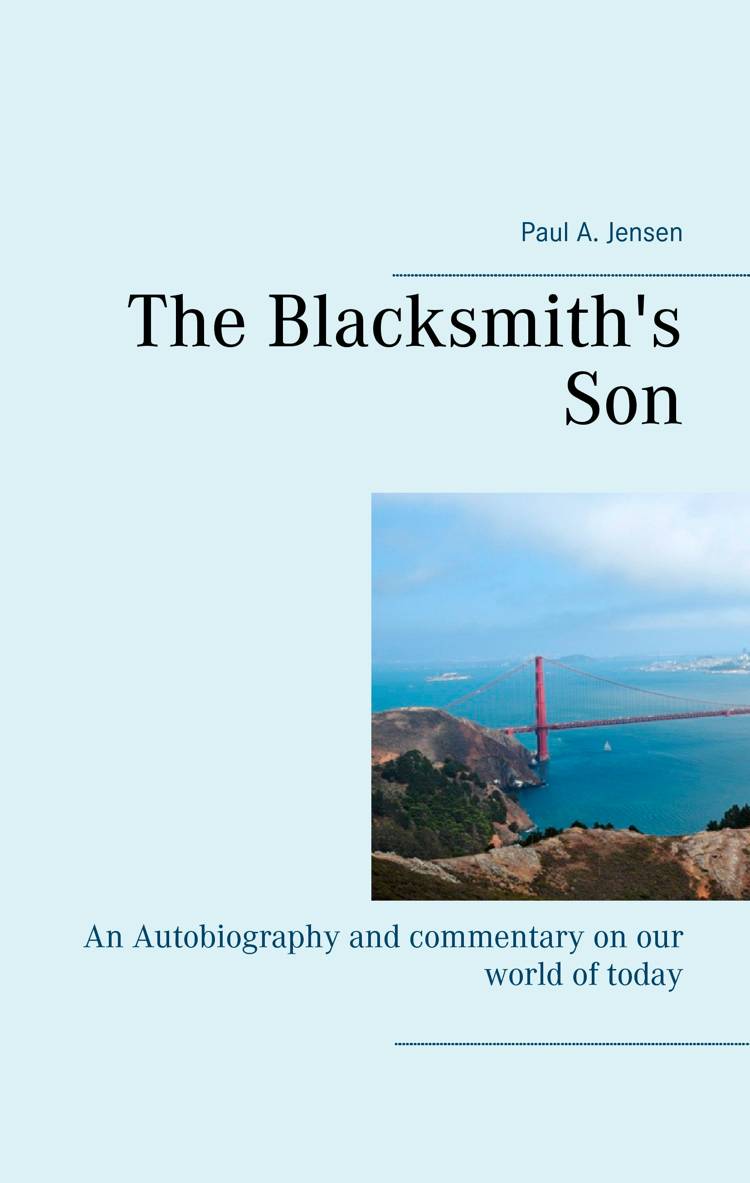 The blacksmith's son An Autobiography and commentary on our world of today af Paul A. Jensen

The son of a Danish immigrant tells the story of his life and times, from the beginning of the Second World War to the state of the world today. He questions the wisdom of religious belief and the ever increasing growth of civilization. Will mankind be able to survive when confronted with a shortage of essential resources and over population, in the near future? Has the time come for nations to implement much needed limits to growth? Have governments failed to respond, due to political inaction or fallacy? Currently, the masses are on the move in the Middle East, Northern Africa and elsewhere, toward Europe, in search of survival and a better life. Europe can accommodate some of them but not all. Terrorism threatens Europe and elsewhere. How will it all end?

In 1941 Paul's family move to the countryside in northern California, for the duration of the war. Later in life, Paul begins to worry about the future of the world that he knows and cares about. He asks difficult questions and expects intelligent answers.
expand_more