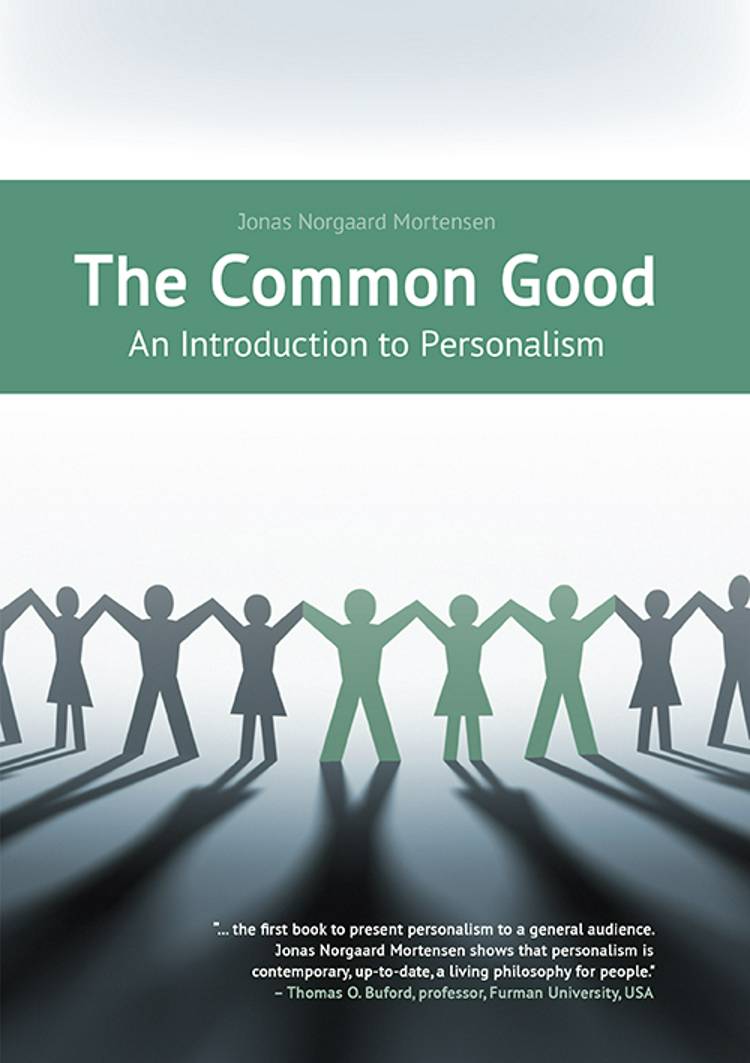 Endnu ingen
anmeldelser
Our traditional ways of thinking about politics and society are becoming obsolete. We need some new points of reference in order to re-imagine the possible character, growth, and functioning of our private and common life. Such re-imagination would imply doing away with every-man-for-himself individualism as well as consumption-makes-me-happy materialism and the-state-will-take-care-of-it passivity.

There is an alternative: Personalism is a forgotten, yet golden perspective on humanity that seeks to describe what a human being is and to then draw the social consequences. Personalism builds upon the thinking of Martin Buber and Emmanuel Levinas, among others, and has been a source of inspiration for Martin Luther King, Desmond Tutu, and other important personalities in recent history.

According to personalism, humans are relational and engaged and possess dignity. The person and the relationship amongst persons are the universal point of departure: Human beings have inherent dignity, and good relationships amongst humans are crucial for the good, engaged life and for a good society.

Personalism has been greatly neglected in Western political thought. In this book, Jonas Norgaard Mortensen attempts to introduce personalism while simultaneously demonstrating its historical origins, acquainting the reader with its thinkers and those who have practiced it, and showing that personalism has a highly relevant contribution to make in the debate about today’s social and political developments.
expand_more