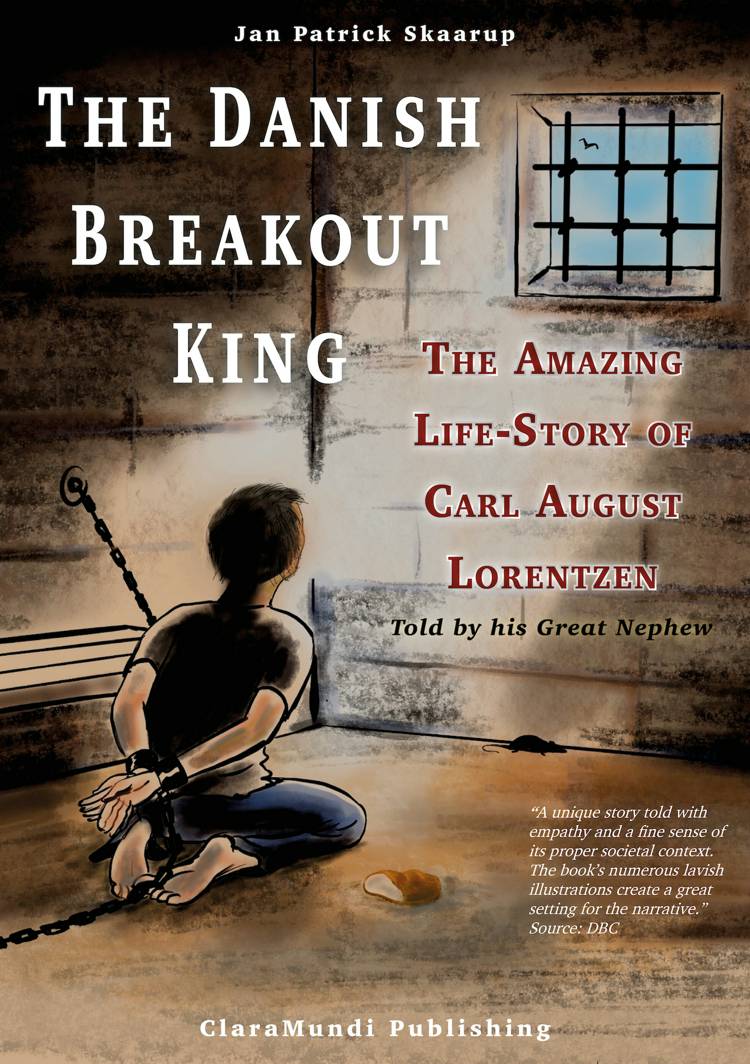 Endnu ingen
anmeldelser
The Breakout King Carl August Lorentzen, one of the 20th century’s most famous criminals in Denmark, planted his slogan ”Where There is a Will, There is also a Way”, solid in the Danes’ consciousness, when he, the night between 22 and 23 December 1949, disappeared from Horsens State Prison through an 18-meter long tunnel. It had taken Carl August eleven months to dig the tunnel, but the freedom did not last long. Carl August Lorentzen’s life story, told by his great nephew, is a biographical mosaic, spiced with a wealth of illustrations that lead the reader close to the life of an indomitable charmer and gentleman thief who could empty any safe and drain wealthy citizens and jewellery stores of valuables. But Carl August was not only an avid thief and virtuoso Breakout King, he was also a gifted artist who painted, drew, carved in wood, produced handicrafts and also excelled as a skilled chess player unless he relaxed with a game of table tennis or immersed himself in the artificial language Esperanto. ''Rarely have I been surprised by a piece of literature - a thoroughly successful account, based on real events, which at the same time succeeds in the difficult span between documentary facts and fictional artistic freedom. One lives with and next to Carl August and stays with him in all his adventures, even though he is deeply criminal and not really very good at his loved ones. The author is the protagonist’s grand nephew - and how I am glad that he sat down to write this piece of Danish history and took me through the 1920s and 30s Copenhagen and prison system''. Author Estrid Dyekjær
expand_more