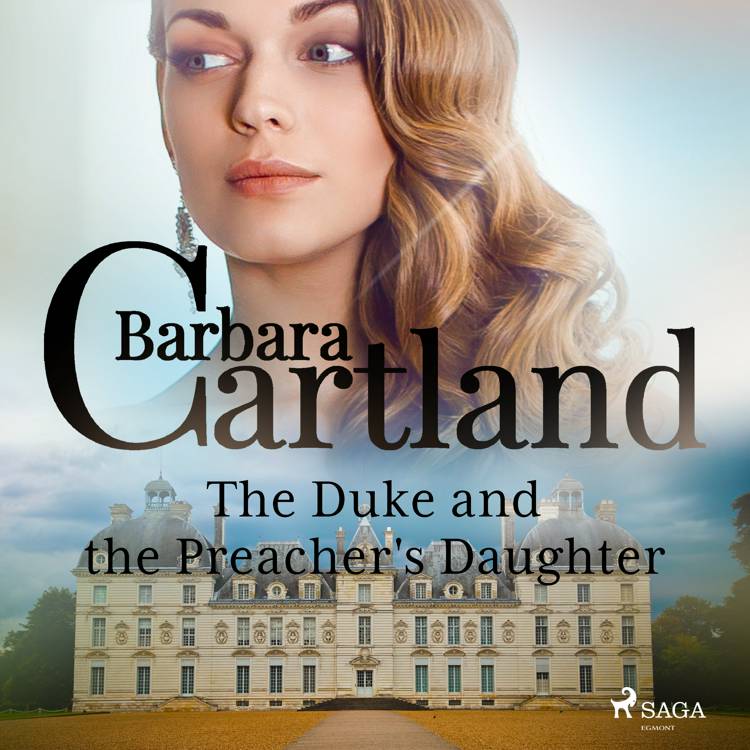 The Duke and the Preacher's Daughter af Barbara Cartland

Imperious, handsome and gallant in battle, the Duke of Kingswood has stolen the hearts of many society belles but he is determined never to marry. To continue the family line, he is counting on his cousin and heir presumptive, Richard, to marry well and produce a son.

To the Duke’s horror, Richard falls for society siren and acclaimed beauty Lady Delyth Maulden and disaster turns to tragedy when Richard finds his beloved in the arms of another, shoots him and turns his gun on himself.

With Richard at death’s door, the Duke is determined that he shall find a more suitable young beauty to mend his broken heart and thwart Lady Delyth’s scheming ways. Enter the beautiful, grey-eyed waif, Benedicta Calvine. When the Duke helps her ailing father as he rides through his estate, the two's lives become entwined.

Could this modest, unassuming beauty be the ideal bride the Duke seeks for Richard or will his own feelings begin to get in the way...?

British author Barbara Cartland wrote over 700 novels and was most famous for her contemporary and historical romances. A prominent figure in London society, the young Cartland began her writing career as a gossip columnist for the Daily Express. It was partying in 1920's London that gave her inspiration for her first book, ''Jigsaw'', a racy society thriller.After marrying into the McCorquodale family, she began writing romance and holds a Guinness World Record for the most number of books published in one year: 191. Her books have been translated into many different languages, as well as adapted for stage and screen. She is beloved the world over and even counts the young Princess Diana as one of her many fans.
expand_more

The Duke and the Preacher's Daughter
af Barbara Cartland

The Duke and the Preacher's Daughter
af Barbara Cartland