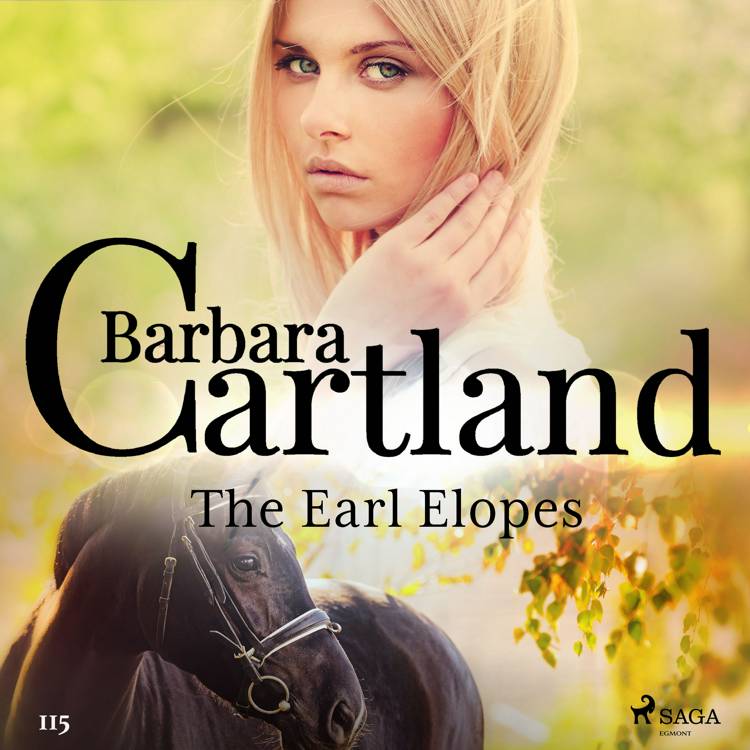 Endnu ingen
anmeldelser
Clive, the Earl of Bourne, nearly twenty-eight, tall, handsome and pursued by enumerable women is determined not to get married. He is sick and tired of his father, the Duke of Shelbourne and his relations begging him to produce an heir and he has decided that he will not marry until he is very much older. To his horror the Duke comes back from Windsor Castle to tell his son that Queen Victoria commands him to marry Princess Gilberta of Saxe-Coburg, who is arriving in England almost immediately. The Earl quarrels with his father who says that, unless he does as he is told, he will refuse to pay off his very large debts. In despair the Earl goes up to the nursery to see his old Nanny who has always loved him and to whom he has turned with all his troubles since his mother died. Nanny is appalled at the idea of him having to marry a German woman he has never seen and she therefore has a clever idea and suggests to the Earl that he runs away. In fact, to cover his tracks, Nanny suggests that he should elope with the person he loves more than anyone else, who is actually himself! The Earl does exactly as Nanny suggests. As he thinks his father will send someone North to prevent him marrying at Gretna Green, he drives his horses South and eventually arrives at Land’s End, where he rescues a very pretty girl from a highwayman, who his attempting to steal her favourite horse. The Earl then takes a job looking after horses for a distinguished General, who is the father of lovely girl. How, unexpectedly, he finds what he has always been seeking without really being aware of it, is told in this fascinating story by BARBARA CARTLAND. Barbara Cartland was the world’s most prolific novelist who wrote an amazing 723 books in her lifetime, of which no less than 644 were romantic novels with worldwide sales of over 1 billion copies and her books were translated into 36 different languages. As well as romantic novels, she wrote historical biographies, 6 autobiographies, theatrical plays and books of advice on life, love, vitamins and cookery. She wrote her first book at the age of 21 and it was called Jigsaw. It became an immediate bestseller and sold 100,000 copies in hardback in England and all over Europe in translation. Between the ages of 77 and 97 she increased her output and wrote an incredible 400 romances as the demand for her romances was so strong all over the world. She wrote her last book at the age of 97 and it was entitled perhaps prophetically The Way to Heaven. Her books have always been immensely popular in the United States where in 1976 her current books were at numbers 1 & 2 in the B. Dalton bestsellers list, a feat never achieved before or since by any author. Barbara Cartland became a legend in her own lifetime and will be best remembered for her wonderful romantic novels so loved by her millions of readers throughout the world, who have always collected her books to read again and again, especially when they feel miserable or depressed. Her books will always be treasured for their moral message, her pure and innocent heroines, her handsome and dashing heroes, her blissful happy endings and above all for her belief that the power of love is more important than anything else in everyone’s life.
expand_more