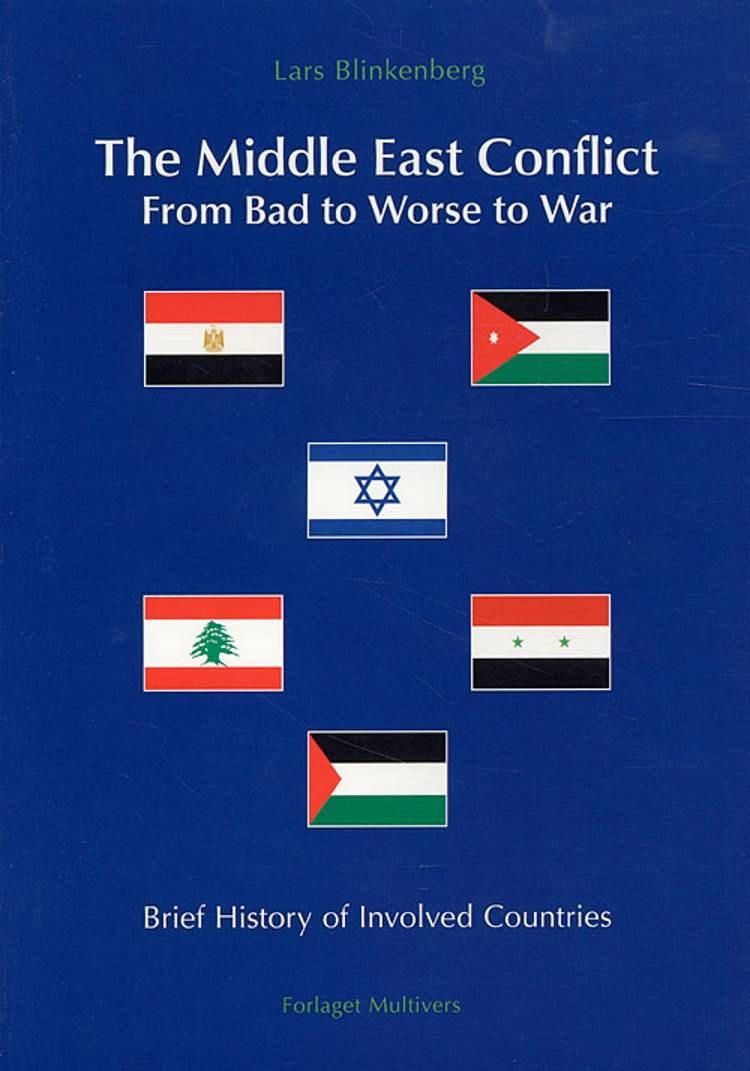 Vol. II: Brief History of Involved Countries.
In 1998 the Middle East Conflict celebrated its 50th anniversary and now, eight years later, no final general settlement is in sight. Despite peace agreements between Israel and two Arab countries in the nineteen nineties (Egypt and Jordan) and a part-settlement with the Palestinian authorities or PLO in 1993, violence reached its highest level in 2002/2004, and has still not abated, albeit decreased recently. The withdrawal of the Israeli forces and settlers from occupied Gaza is a step in the right direction, but too many uncertainties remain. Just now the political situation is confused in Israel.
Lars Blinkenberg was Danish Ambassador for three of the involved countries in the late nineties, in Syria, Jordan and Lebanon, and - after his retirement in 2000 - he has returned many times to the area in order to write this book on the conflict, right from its background and beginning in the 1948 war and after. Focus is more on the diplomatic negotiations than on the wars, but the aim has been to treat all the involved countries in an objective way, avoiding - if possible - any bias against the conflict partners.
The first volume (Published by University Press of Southern Denmark) gives a clear-cut study of the conflict from 1948-2005 and the second volume a more detailed study of the respective countries involved, i.e. Israel, Egypt,Jordan, Syria, Lebanon and PLO/PA.
It should be fairly easy for readers without any special foreknowledge to read if they have a keen interest in political matters and want to understand this long drawn conflict that over the years developed into what the author describes as war. May be more dramatic than necessary, but the conflict has had serious repercussions anywhere in the area of conflict - including a damaging civil war in Lebanon - and also in a larger area than the one study puts its focus on, namely the direct involved neighbours of Israel and the Jewish nation itself.
expand_more