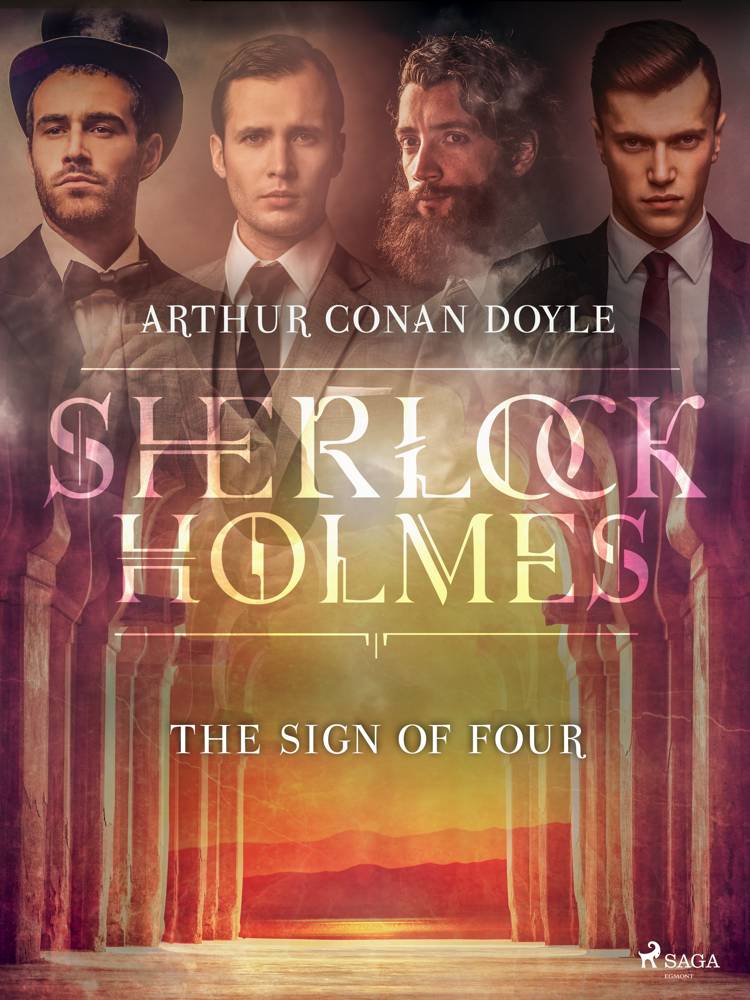 Endnu ingen
anmeldelser
Arthur Conan Doyle’s second novel featuring Sherlock Holmes, ''The Sign of Four'' revolves around a blood pact between four convicts in India about a stolen treasure. Holmes is sitting in his armchair in a drug-induced monotony, and Dr. Watson prays for a miracle to get him out of the stupor. The answer to his prayers come in the face of a young woman, whose father goes missing. A complex plot, mysterious characters and even more mysterious happenings turn the novel into a pleasant read, perfect for Sherlock Holmes’ aficionados and detective fiction enthusiasts.Sir Arthur Conan Doyle (1859-1930) was born in Scotland and studied medicine at the University of Edinburgh. After his studies, he worked as a ship’s surgeon on various boats. During the Second Boer War, he was an army doctor in South Africa. When he came back to the United Kingdom, he opened his own practice and started writing crime books. He is best known for his thrilling stories about the adventures of Sherlock Holmes. He published four novels and more than 50 short-stories starring the detective and Dr Watson, and they play an important role in the history of crime fiction. Other than the Sherlock Holmes series, Doyle wrote around thirty more books, in genres such as science-fiction, fantasy, historical novels, but also poetry, plays, and non-fiction.
expand_more