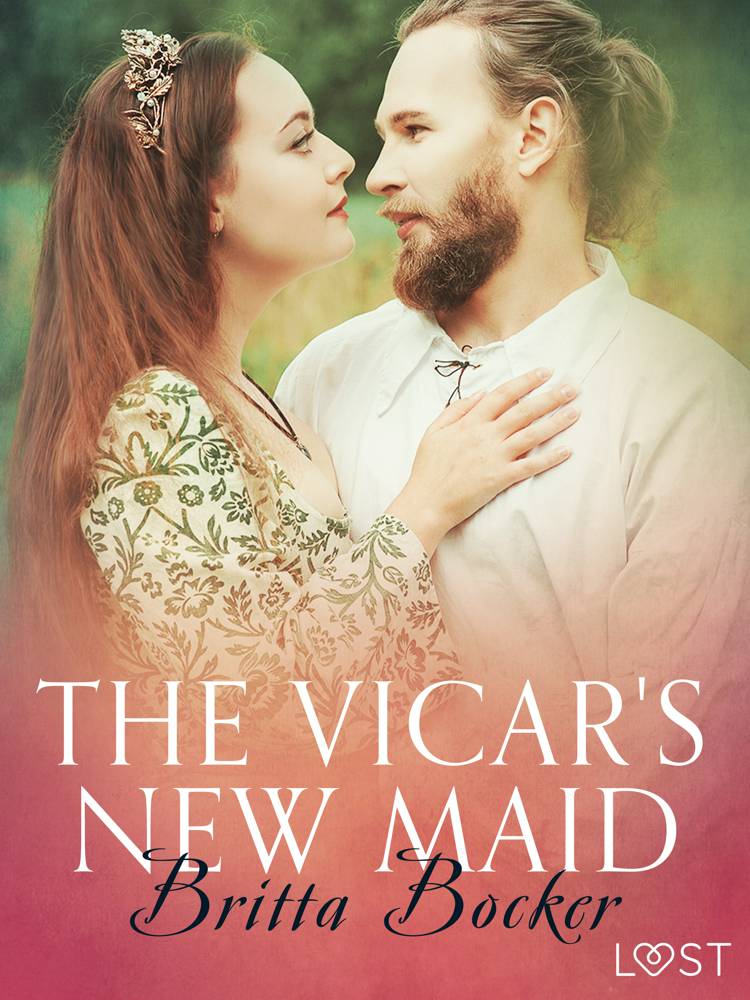 ''He saw how her shirt was tight over the beautiful breasts he had just seen swaying freely under the nightgown. The Vicar had almost seen her entire body through the nightgown, which was so thin and worn as to be almost transparent, and now it felt as if the girl was standing naked in front of him. So wonderful and enticing, yet so completely out of reach.''
The Vicar has lived together with his wife for many years. But life has coarsened his wife. She is cold and bitter, and so is their love life. One day, a new maid is hired at the vicarage, Britta. She is young, curvaceous and beautiful. Everyone in the household is instantly smitten by her kind and sensual appearance. The Vicar is soon torn to pieces from longing after her and her unattainable body. When his wife dies in an accident, there are no more obstacles, and the Vicar and Britta are united in bliss they hope will never end.
''The Vicar's new maid'' is an erotic short story in a historical setting, about a man who is given a second chance to achieve love and passion in his life and obtains it however he can.
Behind the pseudonym, Britta Bocker is an author who enjoys letting their short stories take place in bygone eras. In a time with strict boundaries between the various tiers of society, and where men are always in charge, both power struggles and erotic tension arise.
expand_more