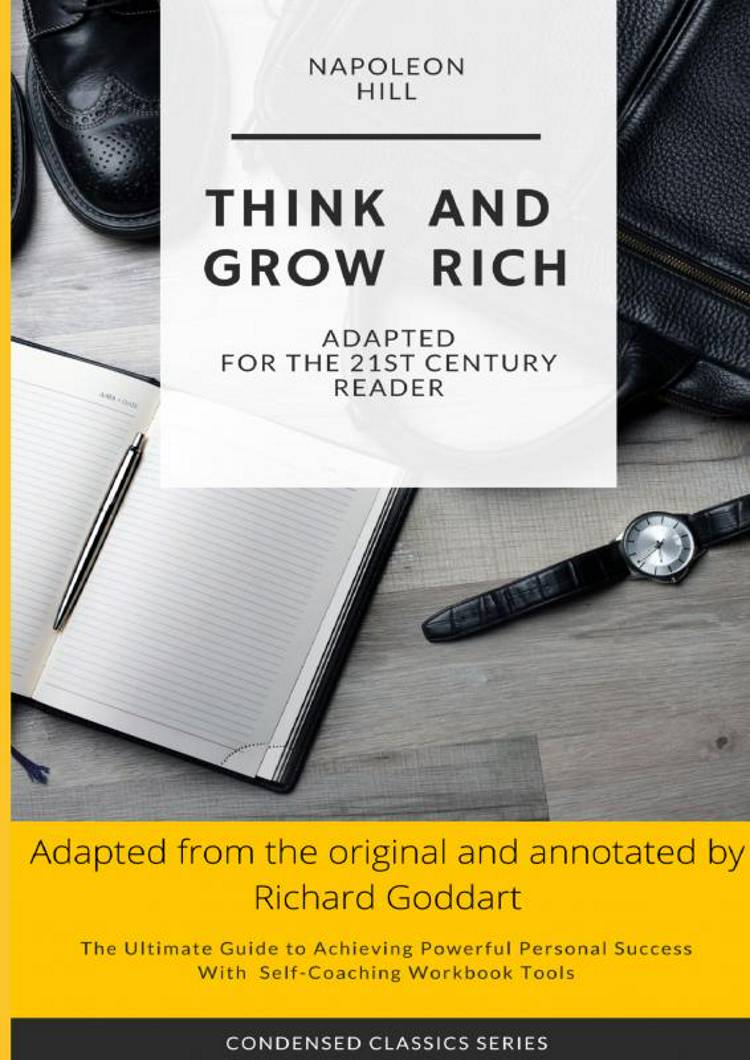 Endnu ingen
anmeldelser
One of the most amazing books ever written is Think and Grow Rich by Napoleon Hill. This single book has had a greater influence on the lives, accomplishments and fortunes of more individuals than any other work of its kind all over the world. The present edition, THINK AND GROW RICH by NAPOLEON HILL, adapted for the 21st century reader and annotated by Richard Goddart, has the following objectives:• To give the reader a concise edition that can be studied and applied for practical purposes of creation of wealth, personal achievement, or attainment of any other aim.• To preserve every single idea of the original book.• To highlight the main points and best quotes.• To present Hill's self-coaching tools in a ''workbook'' format.The Thirteen Steps to Riches that you learn from this book offer the shortest dependable philosophy of individual achievement. Think and Grow Rich was originally published in 1937, following Laws of Success (1929). It was claimed to have been inspired by Andrew Carnegie and his formula for money-making.
expand_more