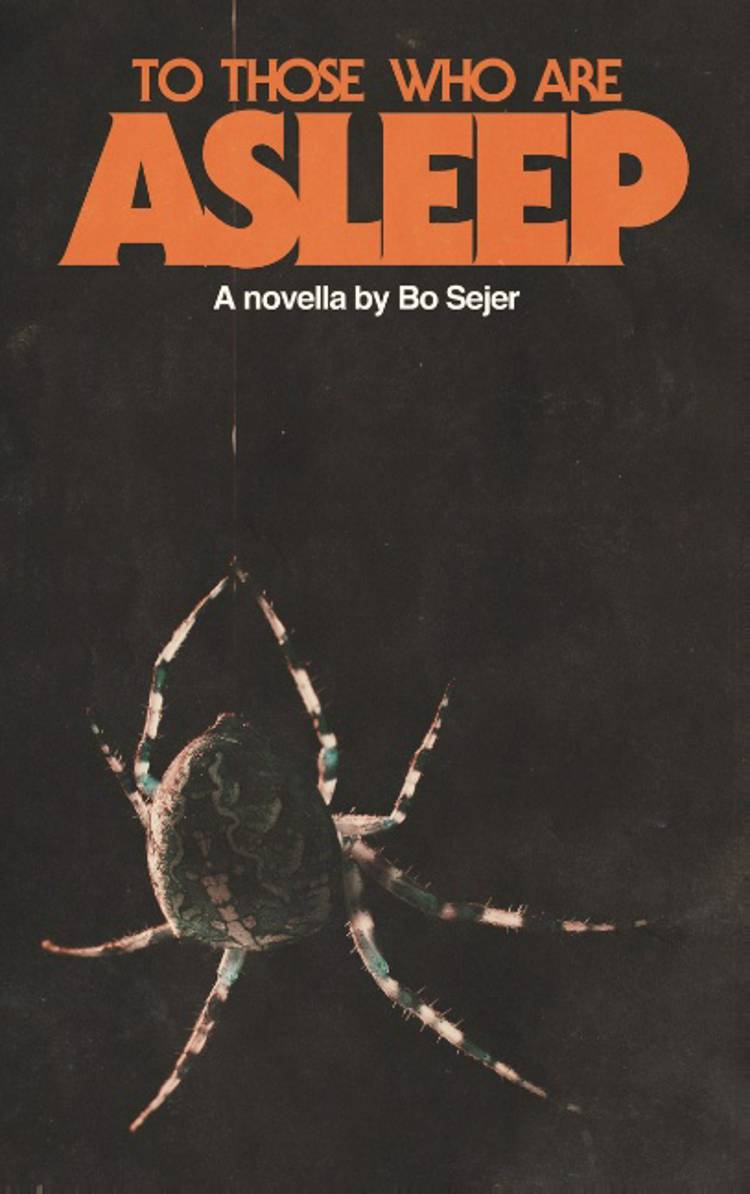 To Those Who Are Asleep af Bo Sejer

How the world ended and no one noticed...

It is my theory, that there are only three types of people in the world: Sleepers, ghosts, and spiders. Most people are sleepers. They walk around and function relatively normal, but they do not know what is going on around them.
The ghosts are not actually ghosts. They are a memory of people who existed before the world ended. Well, the world as we knew it, once. The ghosts do not do much. They are just there, really. The spiders, however, do stuff. A lot of crazy shit. This story is mainly about the difference between the three.

My name is Ash Bourbon. This is obviously a fake name. If you do not already know me, or have already read some of my previous stuff, that is probably for the best. That shit did not paint me in the best picture, to be honest. In fact, a lot of that stuff probably made me seem like a fucking maniac. I am not. Not entirely, anyway. Let me explain...
expand_more

To Those Who Are Asleep
af Bo Sejer

To Those Who Will Never Wake
af Bo Sejer

To Those Who Dream of Stranger Worlds
af Bo Sejer

To Those Who Are Asleep
af Bo Sejer