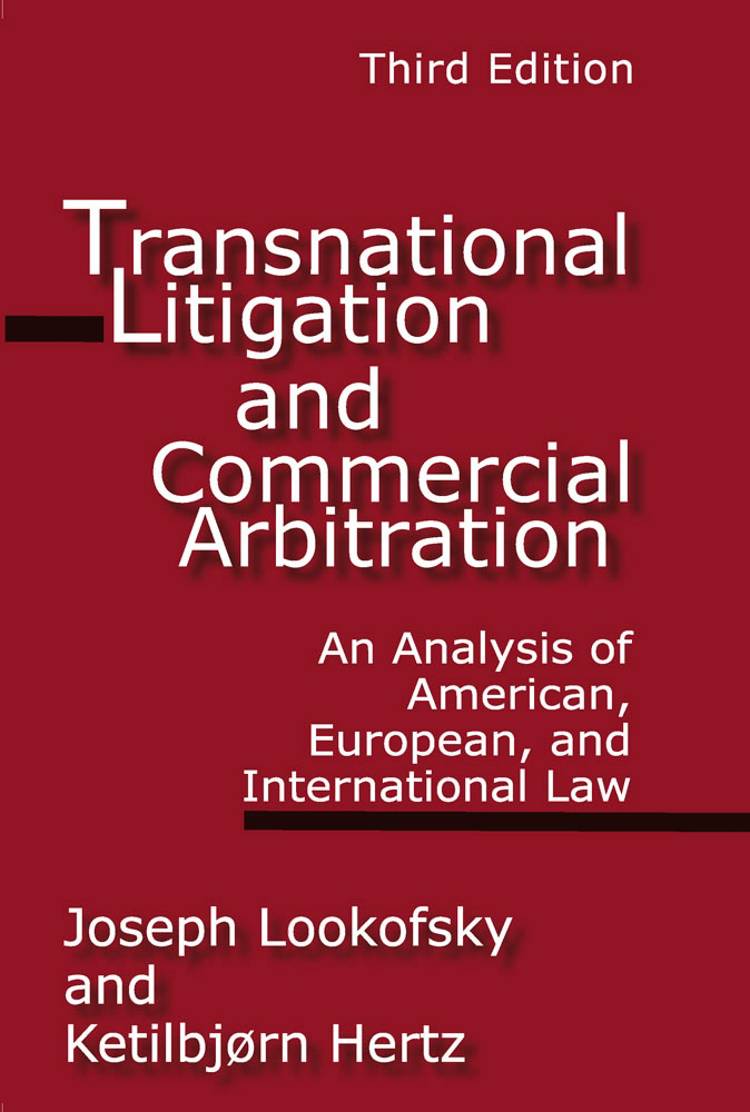 Endnu ingen
anmeldelser
Transnational Litigation and Commercial Arbitration is a case-oriented study of the key rules and procedures that regulate the resolution of commercial disputes arising in a transnational context. The study explains and compares European and American rules of private international and procedural law. Each main case is introduced both by a paradigm model, emphasizing and simplifying the key operative facts, as well as by a doctrinal presentation of the main issues and sources of American, European, or international law concerned. The court decisions themselves are all extensively edited and annotated by the authors.This 4th Edition, which has been completely revised and updated, takes account of recent developments in American law, including recent Supreme Court decisions on the exercise of juridical jurisdiction, and European law, including the Brussels I Regulation recast, effective within the European Union as of 2015.Transnational Litigation and Commercial Arbitration is suitable for use in upper-level courses in American, European, and Comparative Law. It also serves as a useful reference for practitioners.About the authors: Joseph Lookofsky is Professor Emeritus of Law at the University of Copenhagen. He is a Member of the New York State Bar and former counsel for United Artists Corporation. He holds a B.A. in Economics (Lehigh University 1967) and a J.D. (New York University School of Law 1971). He received his Danish law degrees (cand.jur. 1981 and dr.jur. 1989) from the University of Copenhagen.Ketilbjørn Hertz is Legal Advisor with the Danish Ministry of Justice. He received degrees from the University of Copenhagen, cand.jur. in 1993 and Ph.D. in law in 1998. In 2007 he completed the Cycle international court at the Ecole nationale d’administration in Strasbourg, France. He is currently (2016-2017) a Mid-Career MPA student at the Harvard Kennedy School of Government.Table of ContentsPreface to the Fourth Edition (2016)Chapter 1: The Substance and Procedure of Transnational DisputesChapter 2: Extraterritorial JurisdictionChapter 3: The Applicable Law – In Contract and TortChapter 4: Extraterritorial Service & Evidence AbroadChapter 5: Recognition & Enforcement of Foreign JudgmentsChapter 6: International Commercial ArbitrationTable of CasesIndex
expand_more