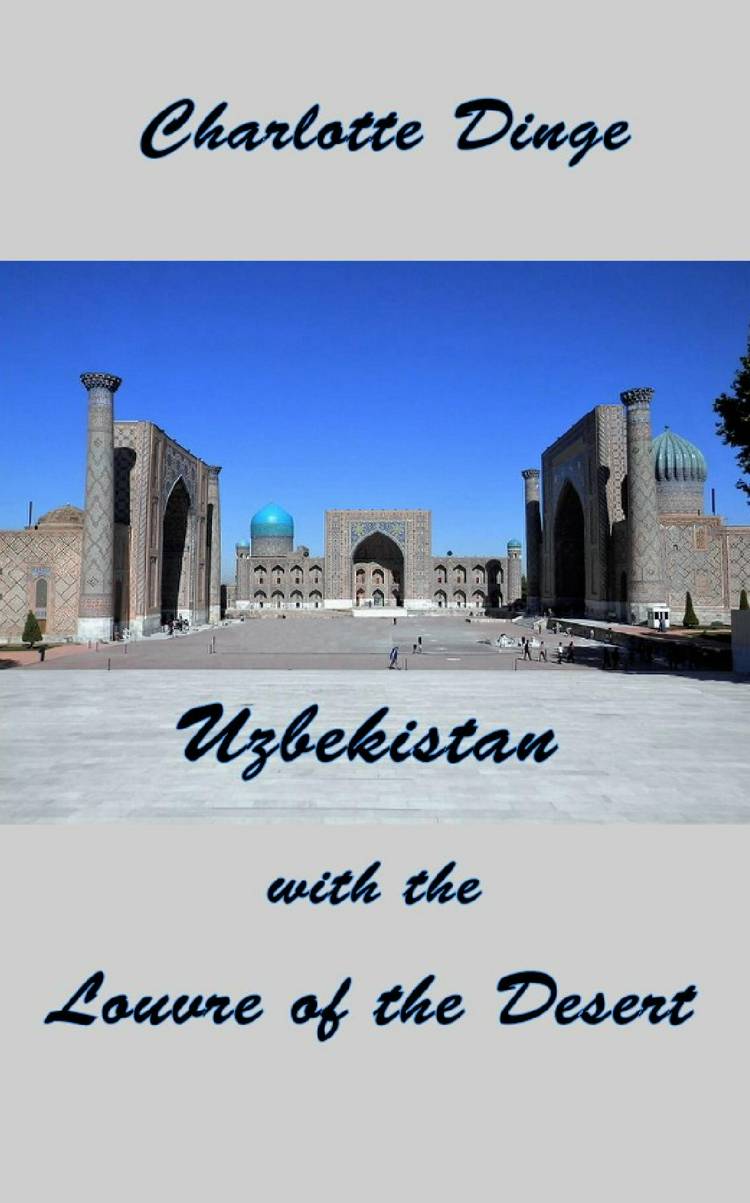 Uzbekistan with the Louvre of the Desert af Charlotte Dinge

Uzbekistan with the Louvre of the Desert
Uzbekistan is a Muslim country in Central Asia. It lay on the ancient silk route or rather silk routes from the East to the Europe and had a thriving industry.
They have had great commanders who built stately fortress, cities, magnificent beautiful mosques and the Koran Schools which you can visit today.
The country has produced considerable scientists as mathematicians and astronomers.
It has a thriving industry of handicrafts like hand-knotted rugs in the old beautiful patterns and embroidered things that are typical and very special for the area.
They are eminent artists in music, dance and songs, etc.
They have huge bazars where you can buy everything, and everywhere is scrupulously clean, and everyplace is kept separate.
The country is rich in natural resources like oil, gas and cotton.
Uzbekistan was formerly under the Soviet Union but is now an independent country.
They were formerly under the Soviet Union and participated in the World Wars, where many young men were killed, so there is a surplus of women who have created their own existence as self-employed.
Both men and women are well-educated and are working in all fields.
Because of the World Wars fled myriads of Europeans, especially Eastern Europeans into the country, so the population almost doubled. They have been in the country and are currently functioning citizens who contribute to the country's economic growth.
All have 12 years of schooling, where it divides into either an academic education or training.
They learn several languages e.g. Uzbek, Russian, English and German etc.
Nowadays the country publishes newspapers and magazines in six languages which they speak in the six different regions of the country.
They have many kinds of sports that come from the old traditions, but also more new and western.
expand_more

Uzbekistan with the Louvre of the Desert
af Charlotte Dinge

Uzbekistan with the Louvre of the Desert
af Charlotte Dinge