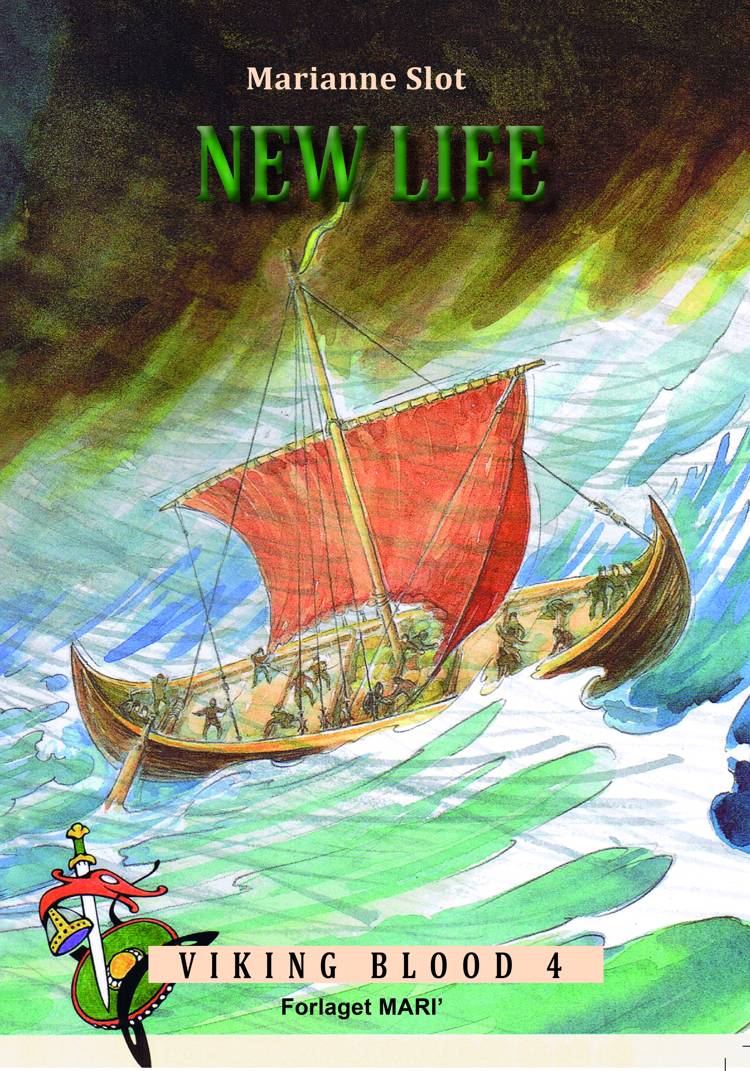 Endnu ingen
anmeldelser
Fourth book in the series ''Viking Blood'' by Marianne Slot ''A thundering noise from somewhere above cuts off his thoughts. Torleif and the dogs have stopped abruptly. Torleif looks around. Suddenly he yells: “Let’s get out of here! I think it’s an avalanche! Just then masses of snow thunder down the mountainside. At first it is only light snow, and small lumps of snow. But soon the air is thick with snow. They can’t see a thing in front of them. Torleif jostles through the snow. He grasps hold of Hilda and drags her off. And Hauge gropes through the whirling snow towards the spot where he last saw Edwina. “Edwina! EDWINA!” he yells. But it is drowned out by the roaring of the snow-blizzard. …..'' The winter after the avenging raid Hannibal and Edwina are still in Hauge’s village. As the last of the snow has smelted Hauge tells his mother Aasa that he wants to marry Edwina, although she is a Christian. The wedding is held as Norse custom demands with a sacrifice of animals to the Gods and three days of celebration. Vagn, one of Sven’s men, tries to sabotage the party but is sent away. A couple of months after the wedding three ships sail on a voyage to Iceland, where Hauge trades for walrus tusks to sell in Haithabu. They leave Iceland after a dramatic confrontation in Smokey Bay. On their way to Haithabu the ships are caught in a violent gale and Vagn’s ship is lost near the Faroe Isles. When they return home yet another surprise awaits Hauge.
expand_more