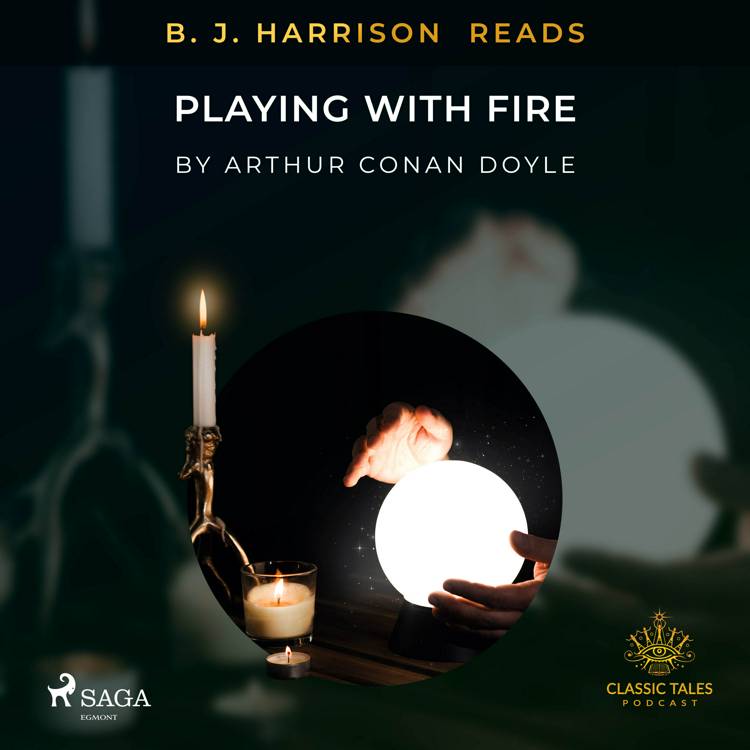 A small group of friends decide to attend a seance at a local art studio. While some of them are very sceptical about the whole thing, others believe in the medium’s abilities. The group starts a discussion about a new painting of a mythical creature, when a Frenchman joins and claims that he sees a unicorn in it. Shortly after the seance begins, a strange light fills the room and the medium starts speaking in a different voice. The voice is that of a person no longer within the living. A short conversation arises between the group and the spirit that possesses the medium.

Why do the friends decide to attend this seance? What do they want to find out? Will the sceptical ones believe in the occult? What does the mysterious painting actually represent? What is the group going to learn from the spirit and will something else happen?

Find all the answers in Sir Conan Doyle’s short story ''Playing with Fire'', first published in 1900.B. J. Harrison started his Classic Tales Podcast back in 2007, wanting to breathe new life into classic stories. He masterfully plays with a wide array of voices and accents and has since then produced over 500 audiobooks. Now in collaboration with SAGA Egmont, his engaging narration of these famous classics is available to readers everywhere.Sir Arthur Ignatius Conan Doyle (1859 - 1930) was a British medical doctor and writer. He is best known for the creation of the notorious characters of Sherlock Holmes and Dr. Watson. Besides the many Holmes stories, Doyle’s work includes science and fantasy fiction, many plays, poetry, historical and non-fiction novels. He wrote his first Sherlock Holmes story at the age of twenty-seven and it was published in 1886.
expand_more